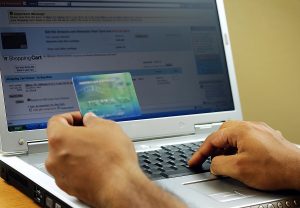 The ambitious dream of Prime Minister Narendra Modi “digital India” has turned into a revolution and necessitating people to move into the digital world, especially after he announced demonetization move. With this move, a huge number of masses have pushed themselves into the world of digital to avail the benefit of technology. Not only people even several state governments are also encouraging masses to use of technology through internet.
Online transaction will help people to overcome demonetization move
Viewing the currency crunch in the state and also in the country due to demonetization move of, Andhra Pradesh government has taken initiative for giving Smartphones to the people to avail online transaction instead of making queues at the banks and ATMs to get currency.
The motive of the government is to increase the use of digital transaction using online banking or mobile wallets like PayTM. Government believes that once more and more people are used to digital transaction, the curse of black money can be reduced or eliminated from its roots. Around 60-70 lakh smartphones are estimated to serve the government’s plan.
Smartphones will be available as soon as possible
Most probably the phones would be the bought from an Indian manufacturer, not from Chinese mobile makers like Xiaomi and Gionee who also manufacture devices in India. As government has already announced that it has not enough money to pay salaries to their employees, so the Indian brands such as Micromax, Celkon and Karbonn can be great options in budget for it as they all are manufacturing their products in the state. Although, the government hasn’t yet announced the date to launch this scheme, but officially declared that it is going to distributing mobile phones to overcome demonetization move.
Government said these samrtphones available as soon as possible as the demonetization effect can be seen everywhere in the state. There are huge queues outside the banks and ATMs and with mobile transactions; the people can make digital payments instead of physical currency. Online transaction is one of the objectives of the Government’s move of demonetization.