After being questioned and criticism over the IT Department’s notice to one of his cabinet ministers, as usual, Aam Aadmi Party (AAP) Convener and Delhi CM Arvind Kejriwal alleged plot against his government. He backed Delhi’s home minister, Satyendar Jain, claiming that he was being “framed”, chief minister Arvind Kejriwal promised a big revelation at a special one-day assembly session on Friday.

Contents
He tweeted saying that: The government’s move comes against the backdrop of the recent arrests of MLAs and the FIR on the alleged irregularities in Delhi Commission for Women by the Anti-Corruption Branch.Manish Sisodia also called it a Conspiracy by PM Modi

He tweeted saying that:

I summoned Satinder this morning. Saw all papers. He innocent, being framed. If he were guilty, we wud have thrown him out. We stand by him

False cases against AAP MLAs n ministers, FIR against me, CBI raid on me – why? A v big conspiracy. Will expose in Del Assembly on Fri

Satyendar Jain also joined the party and alleged that he was being attacked as part of a political conspiracy. “Two days later, CM is going to do a big expose. All this is happening because they are scared of the expose that is going to happen. I challenge the media to show the expose that the CM is about to make in the Delhi assembly on Friday,” he said.

The government’s move comes against the backdrop of the recent arrests of MLAs and the FIR on the alleged irregularities in Delhi Commission for Women by the Anti-Corruption Branch.

The decision to call a one-day session of the assembly was taken at a cabinet meeting, chaired by Kejriwal, on Tuesday. Issues concerning Delhi, including vector-borne diseases (chikungunya and dengue), the arrest of MLAs and cases against ministers and the chief minister will be discussed.

Manish Sisodia also called it a Conspiracy by PM Modi

“There are allegations against the Prime Minister and the media must show that too,” said deputy CM Manish Sisodia. Taking a dig at the media, he said they must know the difference between a BJP press release and an IT notice.

Sisodia said the session will discuss registration of “wrong FIRs” against ministers and AAP MLAs and pointed out that even the CM was not  being spared.

However, the ACB had denied the Delhi CM’s claim that it had registered an FIR against him in connection with the recruitments at DCW. ACB chief M K Meena had said that the complaint contained Kejriwal’s name but nowhere does the inquiry report mention his role in the irregularities. 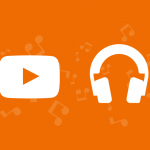 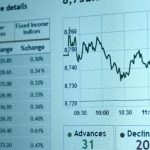