An Indian Air Force (IAF) plane carrying President Pranab Mukherjee to Chennai had to return New Delhi when it developed a technical fault mid-air. President was heading to Chennai for Tamil Nadu Chief Minister Jayalalithaa’s funeral who passed away last night at Apollo Hospital in the City. She had a cardiac arrest on Sunday evening.

The last rite of Amma will be conducted around 4.30, near a place of her mentor (RMG) MG Ramachandran’s memorial which is specially constructed in his memory. Meanwhile, the IAF plane has once again departed from Delhi to Chennai.

Although, it is not clear what happened with his airplane as no details were made available about the incident as well, but President Mukherjee has been left Delhi to attend her last rites.

On the other hand, A week-long mourning for the five-time CM has also been announced in which no official entertainment will be held. The national Flag on all government building will be flown half-mast.

Supporters of her shaved their heads

It is worth mentioning here that, a huge number of supporters of Tamil Nadu Chief Minister Jayalalithaa have shaved their heads in mourning. Amma passed away late at night on Monday afer she suffered a cardiac arrest on Sunday evening. Apollo Hospital issued a statement which stated that she was in very critical condition and was kept on ECMO and other life support systems. She breathed her last around 11.30 pm on Monday night.

She was admitted to Hospitals in Chennai on September 22 following the complaints of dehydration and fever. However, her condition deteriorated and she was advised by the doctors to stat at hospital for longer and later she kept under treatment and observation.

Last rites will be performed in the evening

The best team of doctors was dispatched for Chennai on Monday to aid to Amma’s treatment. However, she did not show any signs of improvement. The urban development minister Venkaiah Naidu also visited Chennai yesterday to get the update on her health.

The last rites ceremony of Jayalalithaa will be performed today in the evening. PM Modi too visited the Rajaji Hall in Chennai to pay tribute to AIADMK supremo Jayalalithaa draped in the tricolour 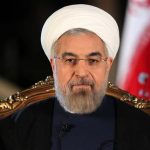 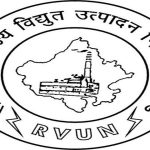