Real Housewives of Beverly Hills star appeared on the show after a ‘dramatic episode’ of her reality TV show. On the show it has been seen that she was refusing to throw shade on her friend Lisa Vanderpump about the whole Munchausen drama.

Rinna thinks that Vanderpump tried to land Richards in it by linking her name with the situation. Whose questioning tried to get her to criticize her co-stars. she told Cohen of the incident, She kept putting her in the position of looking like a abused wife.

Kyle Richard told that Lisa and she were great so they were together at the yacht in Dubai. When Lisa Rinna brought it up I said this.I have already dealt with this and we talked about this. I don’t want to be brought into this. If you have an issue with it, that’s your thing. I have moved on. Lisa and I are in a good place and I want to stay there.

When a caller asked if she thought Rinna and Eileen Davidson were bullying Vanderpump, Rinna was clear.”I think that bullying is a strong word,” she said carefully. “I don’t think it should really be used in a Housewives forum. However, they had an issue with Lisa and they felt they had to discuss it and that’s what we do on the show, so I’m sure Lisa felt like that, but i think that they were just expressing their opinions, but I chose not to be a part of it.Another caller asked, Why Rinna always bring up Yolanda Foster and Münchausen ? she said “her lips were made for talking ” Richards replied. “She talks too much and she likes to talk about other people’s lives rather than her own,” she concluded. 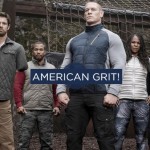 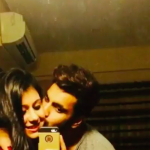