After a hard-fought victory in the first round, Saina Nehwal (World Top 10) was shockingly lost in straight games, 21-12, 21-17 to China’s Zhang Yiman(World No 226) in the Macau open 2016 quarters. In the quarter-final game Macau Open on Friday, the Indian shuttler made a premature exit from the tournament.

Saina, who has struggled to get going since her return from a serious knee injury last month, looked a pale shadow of her usual self in the last-eight clash against Yiman.

A poor start by Saina saw Yiman race into an 18-11 lead, before the Chinese world no. 226 closed out the game at 21-12. The second game was a tighter affair, but Yiman prevailed 21-17 to draw the curtains on Saina’s campaign at this year’s edition of the Macau Open.

Did the last hard-fought match affect the confidence of Saina Nehwal?

Saina, who improved a place on Thursday in the world rankings to being at number 10, seemed to have been affected by the gruelling three-game matches that she played in the last two rounds here.

The 19-year-old Zhang, who is ranked at World No. 226, took an early 4-2 lead and then held a slender 9-8 lead at one stage. The young Chinese soon reeled off five straight points to jump to a 14-8 lead and kept marching ahead as Saina lost the opening game.

Saina, who had bounced back after losing the opening game in the last two matches, seemed to have changed gears as she zoomed to a 6-0 healthy lead in the second game. But Zhang came back to level the score 7-7 and surpassed her fancied rival, reaching 11-9 at the break.

Saina erased the deficit after the interval with two points but the Chinese managed to grab a 14-12 advantage and then jumped to 19-12 lead. The Indian picked up four points to narrow the gap but Zhang soon surged to seal the game and the match in her favour. 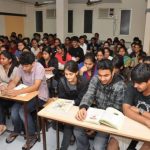 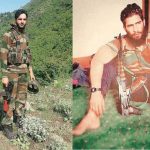