Microsoft is bringing Windows Desktop Apps to Phones Tablets Laptops : Microsoft four years ago,wanted to ditch its traditional desktop apps in favor of new touch-based apps for tablets with ARM processors. Windows RT was the official name for the Windows on ARM project, and it debuted on Microsoft’s first Surface RT device. It was a bold and confusing attempt to force people into a new world of touch apps, but Microsoft made the fatal mistake of providing something that looked like Windows but didn’t function like Windows.

Windows RT couldn’t run traditional desktop apps, but it had a desktop mode and most of the regular Windows utilities that have existed for more than 25 years. Microsoft is correcting that mistake today, and taking another stab at supporting ARM processors with Windows. Starting next year, Windows 10 will be able to emulate traditional desktop apps, allowing device creators to build laptops, tablets, and phones that support the millions of existing applications in the Windows world.

Windows 10 on ARM is arriving thanks to a partnership with Qualcomm. Initially, Microsoft will support the Qualcomm Snapdragon 835 processors, and laptops are expected to be the first devices we’ll see in the market next year. Microsoft is enabling Windows 10 to support ARM chips directly by building an emulator into the operating system.

Devices will be able to run x86 win32 applications like Chrome or Photoshop, but Microsoft won’t be emulating x64 variants of these apps. That’s not a huge problem as not many apps have been compiled for x64 instructions, and most that have also have an x86 counterpart. What this means is you’ll be able to buy a lightweight laptop with good battery life and support for Windows desktop apps next year.

“Think of it as the Windows 10 customers know,” explains Microsoft’s Windows and device chief, Terry Myerson, in an interview with The Verge. There will be support for peripherals, applications, and even enterprise capabilities.

Microsoft isn’t detailing exactly how its emulation works, but developers won’t have to do anything special to get their apps to run on ARM chips. The regular MSI or EXE packages will work just like they do on machines with Intel chipsets. The differences will be largely in performance. Microsoft will be emulating the CPU instruction set, which means that any apps that are CPU heavy will still have greater performance on Intel-based machines. The rest of the I/O, like memory, storage, or graphics, will be intercepted by the emulator and handled natively by the operating system.

Microsoft is demonstrating its desktop apps on ARM capability with Adobe’s Photoshop software today, but any of the millions of desktop apps will just work according to the company. “I think people are going to have to experience the devices for themselves,” explains Myerson. “I think that for many people it’s going to be a very delightful experience.”

So why is this even necessary? That’s a question I asked Myerson, as this is the second time that Microsoft has attempted to support ARM chips with Windows.

Windows RT flopped spectacularly, with a confusing message to customers, and weak support from PC makers. It officially died off last year when Microsoft stopped making the Surface 2 and Lumia 2520 tablets. “Customers are asking for devices with better battery life, with cellular connectivity,” explains Myerson, noting that Qualcomm has devices with great battery life and connectivity.

Myerson says device makers have been asking Microsoft to support this and bring true desktop app support. “That’s why we’ve invested in this, and we’re pretty excited to be announcing it this week.”

Unlike Windows RT, which had a desktop mode that didn’t run apps, ARM on Windows 10 will look and feel just like regular Windows 10, and also work mostly the same way. That means the laptops that arrive next year won’t be confusing, and will bring impressive battery life that we haven’t seen in Intel-powered laptops. It also means that phones could eventually support full desktop apps, enabling Microsoft’s PC as a phone Continuum concept to become a lot more powerful.

The choice between Intel and Qualcomm will be up to customers, but most will vote with their wallets. Microsoft isn’t providing any incentives for laptop makers to choose ARM, and Myerson says “Our plan is to license Windows consistently across chipsets.” That doesn’t necessarily mean that ARM-powered laptops will be cheaper, and because of the license cost they could still have a slight premium over Chromebooks like we see today.

This is a fresh challenge for Intel

Windows on ARM also presents a fresh challenge to Intel, and a sign that Microsoft has grown frustrated by Intel’s slow progress at better battery life and cellular connectivity. Microsoft and other device makers were also plagued by a number of issues with Intel’s Skylake chipsets, but Myerson dismisses this new support of ARM as a sign that the company has lost faith in Intel.

“We’re working closer with Intel than we ever have before,” claims Myerson. “The collaboration is better than ever before. It’s just the case where Qualcomm does have these chips with integrated connectivity and better idle power performance which enables new devices to get built.”

So what does this mean for Microsoft’s universal apps? “The Universal app platform is our future platform,” claims Myerson. “At the same time, it’s so important to us that all the applications that are written for Windows over the last 25 years continue to run and continue to run well.”

Microsoft is now investing fully in both, but it hopes developers will take advantage of universal apps for the better touch, pen, and modern capabilities like head-mounted display support.

Microsoft isn’t revealing a lot of information about this new ARM initiative, but it won’t arrive in time for the Creators Update to Windows 10, expected to launch in March next year. That means we won’t see ARM-powered devices for quite some time.

Microsoft is focusing on laptops first, but I asked Myerson about the possibilities for phones to run these desktop apps. “We’re thinking about platform that supports small screens, large screens, devices with no screens at all, head-mounted displays, and so what can these device makers build will really be up to them.”

Windows could help power ARM servers in the future

That leaves things really open for device makers to choose what they want to do with this new support, providing that Microsoft has enabled it well across the multiple variants of Windows 10. I also pushed Myerson on what this means for ARM servers in the future, but it’s early days and Microsoft isn’t ready to talk fully about its enterprise plans.

Qualcomm wants to take on Intel at the datacenter level, but the performance gaps will need to be closed before that’s ever possible. It won’t be long before mobile will drive the semiconductor industry toward new breakthroughs, and Microsoft is letting the industry know it’s ready to support any change the future brings.

This Article has not been edited by the NorthBridge Times Group. 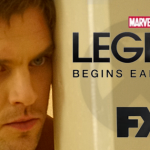 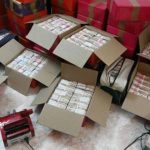