OK Jaanu First Poster: 2013 Star Screen Award winning Jodi for Jodi No. 1 has collaborated once again. Aditya Roy Kapoor and Shraddha Kapoor fans can have a sigh of relief as they will be seen together in Karan Johar’s next and its first poster is already out.

Karan tweeted the first look and shared,” You have a date with unabashed and unapologetic LOVE on the 13th of Jan!! Aditya Roy Kapoor and Shraddha Kapoor in #OK Jaanu.”

You have a date with unabashed and unapologetic LOVE on the 13th of Jan!! ADITYA ROY KAPUR and SHRADDHA KAPOOR IN #OkJaanu …. pic.twitter.com/fXnIoYb28Y

The first look of the movie in which Shraddha is kissing her co-star, while the tagline says,” Figure out kar lenge.”

The movie is directed by Shaad Ali and produced by Karan Johar and Mani Ratnam under their banners Dharma Productions and Madras Talkies. Aditya Roy Kapoor and Shraddha Kapoor are in lead roles whereas, Naseeruddin Shah and Leela Samson will be seen in supporting roles.

OK Jaanu is a remake of Mani Ratnam’s Tamil flick, OK Kanmani starring Dulqer Salman and Nithya Menen. The movie was a big blockbuster of 2015.

In OK Jaanu, Aditya and Shraddha are portraying a young couple who is in a live-in relationship as they do not believe in the institution of marriage, residing in Mumbai with Naseeruddin Shah and Leela Samson who are playing couple’s landlords. How they deal with the relationship and responsibilities is the main crux of the story. The film is all set to hit theatres on 13th January 2017. 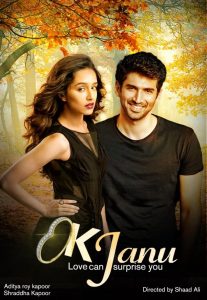 The couple earlier shared the screen in Aashiqui 2 in 2013, which was their debut movie as lead actors. The audience was spellbound and mesmerised after watching their chemistry. OK Jaanu also belongs to the same genre, romantic drama so, expectations are way too high. 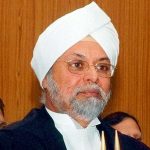 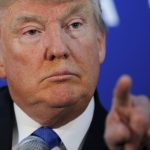