Phillauri Song Whats Up: The new song of upcoming rom-com, Phillauri is out, titled as, Whats Up. The song is going to be the wedding anthem this year, full of fun and naughty dance moves. Earlier, the makers had released the trailer and first song from the movie, Dum Dum which has got enormous love from the audience. The movie has been in news for the last couple of years and now, the film has finally got a release date.

Phillauri Song Whats Up: Song is sung by Mika and Jasleen Royal!!

Whats Up song starts with a marriage occasion in which Kanan is seen tying the knot with Anu. In the flashbacks Shashi’s (Character played by Anushka Sharma) unfulfilled dream of getting married to Diljit Dosanjh’s character. The family is preparing for the wedding rituals and Anushka Sharma Ghost continues to haunt the groom.

The wedding number is sung by Mika Singh and Jasleen Royal, composed by Jasleen and the music has been produced by Raghav Mehta. The lyrics are penned by Aditya Sharma.

Directed by Anshai Lal, produced by Anushka Sharma and Karnesh Sharma under the banner of Fox Star Studios and Clean Slate Films. The film is scheduled to release on March 24, 2017. 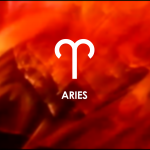 Aries Images, Quotes, Things You Should Know About Aries!!
Next Article 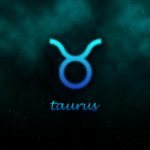