The Google Pixel and Pixel XL smartphones are launching on October 4. Earlier, Google sent invites to an event for the same date but it did not contain any other information.

But now, Google has released a little teaser which shows what we can expect from the October 4 event.

Here is the video which hints at the launch of Pixel and Pixel XL on October 4.

The video shows two horizontal bars which slowly take the shape of a phone. The tagline of the video says something new to love on October 4. That is a big enough hint as to what we might be seeing.

This phone has been making a lot of ripples prior to its release from almost 6 months now. Apart from the phones, it is also being said that Google is working on an upgrade for the Chromecast which will support 4K. We might also see or hear about some progress in the IoT field.

But all these things would just be the add-ons. The smartphones are going to be the showstoppers.

All you need to know about Pixel and Pixel XL

The teaser features the G logo of Google. This hints that it is time to say goodbye to Nexus. Earlier what used to happen was that the companies like Samsung, HTC, LG, Motorola etc used to design the phone and Google provided the stock OS. From now on, HTC will be manufacturing but Google will have a say in the design as well as the software. This means that Pixel and Pixel XL are going to the first phones designed by Google. In an earlier post, we did say that the upcoming Google devices will be made by Google and will no longer be called Nexus!

Like every other Google phone, they will be running on the latest version of the Android and this time, it might be an unreleased version – Android 7.1(Nougat)

There is also the possibility that it may not be the stock android since Google is leaving Nexus and its practices behind.

It is being said that the screen size of Pixel would be 5-inches (1080p) whereas of Pixel XL it would be 5.5-inches (QHD). Google might be giving out these two options because its blood-rival Apple is doing so.

From the photography point of view, these phones will not disappoint because they might feature a 12 MP rear camera alongside an 8 MP front camera. Support for USB Type-C is there. A fingerprint scanner is also onboard. The battery in the smaller variant might be 2770 mAh whereas it might be 3450 mAh in Pixel XL. It may flaunt a quad-core Qualcomm Snapdragon 821 chipset clocked at 2.15 GHz coupled with 4 GB RAM and 32/128 GB of internal storage.

Some reports suggest that Pixel XL will start at $650 which comes around to be roughly Rs.45,000. However, a report by AndroidPolice citing a Trusted Source said that the price of $649 would be for the base model (32 GB) of the smaller sibling. It will be available in Bright blue, aluminium and black. Google might start accepting pre-orders the following day but the date of availability is still a mystery. 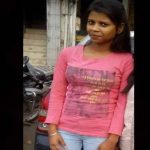 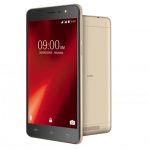