The much awaited Google flagship devices are here. Google managed to create quite big waves around the launch but are the devices actually worth it? Coming with the price tag which places it with the top the premium phones, will it actually perform up to the mark? Unfortunately, the answer is no. Many people were waiting for this since the launch of the phones and here it is. We bring to you the details of the Pixel XL benchmark test. (Geekbench 4)

Meticulously looking at the above table, it is pretty clear that the bigger (and supposed to be badder) variant of the Pixel XL could not really deliver the crunching numbers which everyone was expecting it to. Rather it was not even close to the iPhone 7’s result. Talking about the single-core results, Pixel XL scored a moderate 1685. This was less than the half of iPhone 7’s 3430.

We can ignore this score because when we talk about Android phones, single-core scores do not really matter. What matters is the multi-core score. However, the Android maker disappointed us there as well. The Pixel XL scored 4004 against iPhone 7’s 5600. Thank god it was not almost twice over here as well.

The earlier launched Samsung’s current flagship device, Galaxy S7, also defeated the Pixel XL with a comfortable margin. Its scores on the benchmark test were 2034 in the single-threaded and 6210 in the multi-threaded tests.

Take a look at Pixel and Pixel XL specifications here.

This is weird because it did not really seem like Google did anything wrong with the hardware specifications. They used the latest, top-of-the-line quad-core Qualcomm Snapdragon 821 processor coupled with 4 GB of RAM. How the numbers are so low is beyond my comprehension.

One could say that these scores are not everything. Only the real life performance and user experience matter. However, it seems like the Android users which had the upper hand over the iPhone users in terms of power is no longer the case. Who could have even dreamt of Pixel XL benchmark scores being lower than an iPhone? Considering the fact that this fact was all Google, it should have performed a whole lot better. It sounds like a nightmare! 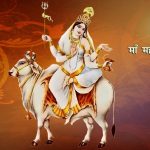 Eighth Day of Navratri Dedicated to Goddess Mahagauri
Next Article 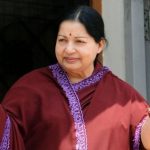 Jayalalithaa requires to stay in the Hospital for longer, Fans Asked for the Proof of Her Wellness
Leave a comment Leave a comment