The British smartphone manufacturers have launched their latest Vertu Aster Chevron Smartphone with a price tag of €3900 i.e. Rs. 2,93,099. The luxurious smartphone is fashionable and modern in terms of its features and specifications. It has been made available for buying in Vertu boutiques and on Vertu.com only.

The smartphone comes with the distinctive chevron pattern, a sapphire crystal screen and a titanium chassis, similar to the classic Vertu Vertissimo motif. It will be available in a number of colour variants like black, blue, brown, grey, orange, red, and pink colours.

It is powered by a quad-core Qualcomm Snapdragon 801 processor clocked at a clock frequency of 2.3GHz.

The smartphone comes with a rear camera of 13-megapixel with twin LED flashlight and there is also a front-facing camera of 2.1-megapixel onboard.

The device runs Android 5.1 Lollipop out of the box.

The Vertu Aster Chevron Smartphone is backed by a 2275mAh Li-Ion battery that can deliver a talk time of up to 15 hrs 30min on 3G and a standby time of 380h.

It has also got sensors like gyro sensor and accelerometer for orientation and gameplay. The Vertu Aster Chevron Smartphone also features Dolby sound technology and Qi Compatible Wireless Charging. 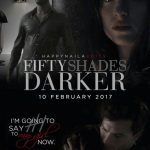 Did You Watch the Trailer of ‘Fifty Shades darker’? Well If didn’t, You must.
Next Article 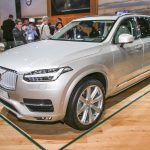 First of its kind hybrid Volvo SUV XC90 T8 Excellence launched in India with a price tag of Rs.1.25 crore
Leave a comment Leave a comment