2016 Nobel Prizes Announcement: Nobel Prize is a set of awards conferred on various categories by Swedish and Norwegian Institutions annually to honor the ones that come up with scientific, academic or cultural advances. The Nobel prize is named after the Swedish chemist and inventor Alfred Nobel. These prize ceremonies were initiated in 1895.

Authors, researchers, and the peace advocates are awarded the Nobel Prize since Alfred Nobel was of the view that these people are the ones whose inventions do the maximum good for the mankind.

The Nobel Prize for Physiology/Medicine has already been announced on 3rd Oct 2016 which went to Yoshinori Ohsumi. It was announced by the Thomas Perlmann, Secretary of the Nobel Committee for Physiology or Science.

The Nobel Prize in Physics has been announced on 4th Oct 2016 which is shared by David Thouless, Michael Kosterlitz, and Duncan Haldane. It was announced by the Permanent Secretary of the Royal Swedish Academy of Sciences.

Till this day, the maximum number of Nobel Prizes have been won by people from USA i.e. 353 followed by UK and Germany. 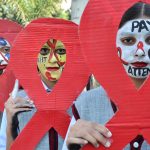