For making healthy and strategic relations with UAE, Prime Minister Narendra Modi is  showing keen interest by inviting crown prince of  Abu Dhabi, Sheikh Mohamed bin Zayed Al Nahyan as a chief guest for the occasion of next Republic Day 2017. This has announced by the spokesperson of Ministry of External Affairs (MEA) Vikash Swarup “”We hope to welcome a dear friend of India, HH Sheikh Mohamed bin Zayed Al Nahyan, Crown Prince of Abu Dhabi, as Republic Day 2017 Chief Guest,” he wrote on Twitter.

Meanwhile, in a letter addressed to PM Modi, Crown prince Mohamed bin Zayed express “thanks for the kind invitation to attend India’s Republic Day celebrations’. He also said that “Our strong relations are deeply rooted in history. Our strategic cooperation has increased, driven by our mutual aspirations to develop it”.

India will try to isolate Pakistan during this meeting

In this visit, the Deputy Supreme Commander of UAE forces, Al Nahyan is expecting from India to boost two-sided ties between both nations in key areas of trade and security. According to sources, this visit of Crown prince is very significant for India because UAE is also a close ally of Pakistan and India would never want to miss the chance to try isolating Pakistan globally over cross-border terrorism.

During PM Modi visit to UAE last year in August, both countries had declared to strengthen their cooperation in counter-terrorism area. Both leaders consented that religion has nothing to do with terrorism and condemned of using terrorism as an instrument of state policy. On the other hand, after the China and United States, UAE is India’s third largest trading partner. The symmetrical trade between both countries is around USD 60 billion. India is expecting with the aim of reaching a target USD 75 billion to rapid expansion to support a great investment in the country for next generation infrastructure. 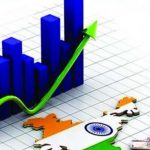 World Bank Predicts that GDP of India will Remain Robust at 7.6 Percent
Next Article 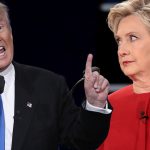