Most of the youth now or we say the present generation is shifting towards the Pop, Rock and Beat music but there is no soul in that kind of music. However, for fun and dance, Pop and rock kind of music is a necessity and yes the fact is that the music has evolved with the time  but the music that gives a relief to your soul is definitely not Pop and Rock.

Contents
Here is the Video of ‘Aaj Jaane Ki Zid Na Karo’ in voice of Farida Khanum at the Coke Studio:Check out the Song in the Voice of Arijit Singh Here:

However, the current generation except a few might not know about Farida Khanum unless he is not a Pakistani. Farida Khanum is a Pakistani Classical Singer  who has given many beautiful songs in even India music industry. One of them is “Aaj Jaane ki Zidd Na Karo”. Many of you might have heard of the song but a few would have listened to the song. This Song was till now only available in the female voices of either Farida Khanum or Asha Bhosle.

Here is the Video of ‘Aaj Jaane Ki Zid Na Karo’ in voice of Farida Khanum at the Coke Studio:

We couldn’t have imagined this song as amazingly sung by anyone as the one by Farida Ji. But Arijit proved us wrong and this male version is equally brilliant as the original one.

Check out the Song in the Voice of Arijit Singh Here: 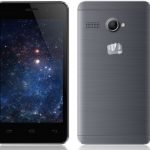 Micromax Bolt Q326 Plus Smartphone launched at a price of Rs. 3,499
Next Article 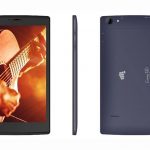