The political scenario in Arunachal Pradesh saw yet another turn of events. All the Arunachal Pradesh’s Congress MLA’s except former Arunachal CM Nabam Tuki joins PPA. The lawmakers have left the Congress Legislature Party (CLP) and sided with People’s Party of Arunachal (PPA). PPA is further going to join BJP for the creation of North East Democratic Alliance (NEDA).

Deputy Chief Minister Chowna Mein said that they all have decided to join PPA. PPA is an ally party of Bhartiya Janta Party (BJP) in Arunachal and is a part of NEDA. Explaining the point, he said that this shift was undertaken keeping in mind the greater good of Arunachal Pradesh.

Furthermore, he claimed that they will be able to work for the ‘larger interest and overall development’ of the state more effectively post the shift to PPA.

When asked about the possibility of the government falling, keeping in mind the recent cycle of events, Mein commented that the government is going to stay.

They were led into PPA by the Chief Minister, Pema Khandu. He is still the CM but government is now a PPA government. Nothing has changed.

Nabam Tuki did not join PPA and Mein said that only he can answer why. Tuki was not available to give a comment on this.

However, this has created trouble for congress in Arunachal again, which it had gained after a legal fight in Supreme Court and SC had revived the congress government in the state. Now, as all the MLA’s of the ruling party have joined a new party, congress is in the minority now and now out of government.

Now the assembly election is the only possible way to form the new government in the state and that could take place anytime in upcoming months. 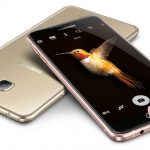