It was a fine day for Australians as they dominated Pakistanis from the first hour. Australians started the day with 288 for 3. Captain Steven Smith and Peter Handscomb walked into the middle. Both batsmen kept their nerves and resisted every good ball. But Smith got out on his individual score of 130. The responsibility fell onto Peter’s (105 runs) shoulders after Smith perished. He played well and completed his first test century in his second test. During Australia vs Pakistan Day 2, Handscomb got support from spinner Nathan Lyon (29 runs) and Jackson Bird (19 not out). Due to the efforts of tailenders, Aussie team reached to a respectable total of 429 runs.

At Stumps, Pakistan 332 runs behind 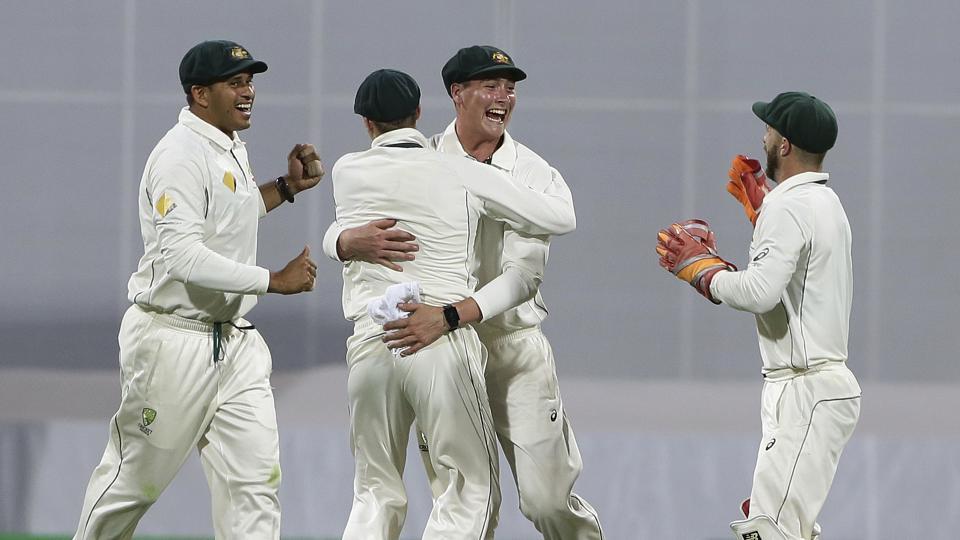 Mohammad Amir (4 for 97) and Wahab Riaz (4 for 88) were the picks of the bowlers. The duo bowled decently and checked their pace at regular intervals. However, things didn’t go down well for Pakistan’s team. They were completely outplayed in all three departments. Australia vs Pakistan Day 2 went again in hosts favor. At stumps, Pakistan team was on 98 runs for the loss of 8 wickets. Still, the team is 332 runs behind. Australians picked wickets at regular intervals. They didn’t even allow the visitors to open their arms freely. At one point Sami Aslam tried, but he too got out cheaply. 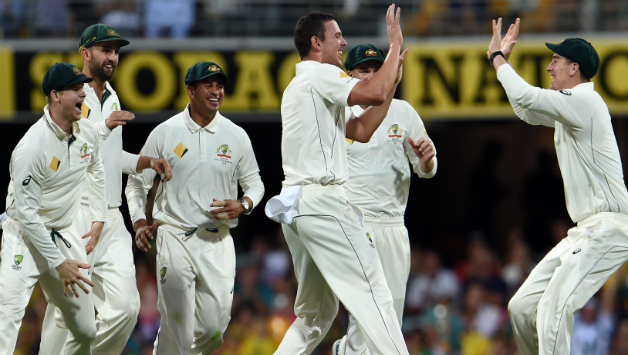 At the end of day’s play, Sarfraz Ahmed playing on 31 runs is trying to anchor the innings. He was supported on another end by Mohammad Amir on 8 runs. The pair formed a 30 runs partnership for the ninth wicket. From Australian side, Josh Hazelwood and Mitchell Strac scalped 3-3 wickets. Jackson Bird on other hand took 2 wickets. All the wickets went to seamers who bowled excellent line and length. Pakistan lost 7 wickets for 24 runs in the last session of Australia vs Pakistan Day 2. 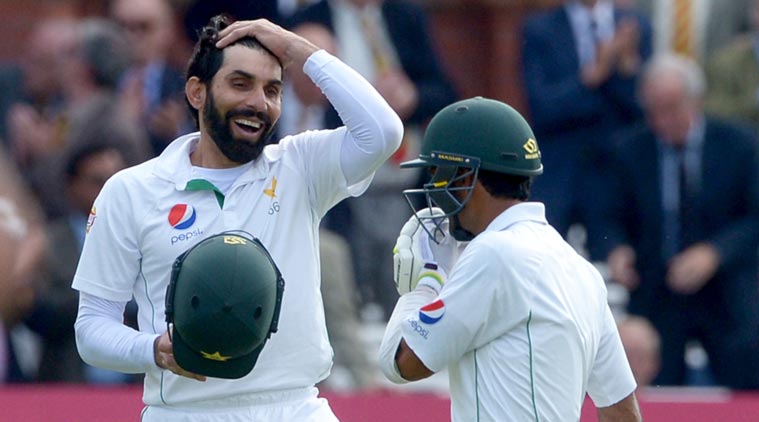 Tomorrow will be a more challenging day for Misbah-ul-Haq’s team. Pakistan will be on toes on day 3. They will be under pressure because; smith and his team can give a follow-up. If not, then a target may be handed over to the visitors. This means an impossible way to win the match on a bouncy wicket. Let’s hope it comes a better day for Pakistan after Australia vs Pakistan day 2 went in favor of Kangaroos.