Veteran actress and Rajya Sabha member Hema Malini expressed her sentiments over the death of legendary politician J Jayalalithaa. She said will contribute to Tamil Nadu as per Party’s instruction. In an answer to a leading news channel, the BJP leader said that if her party decides any role for her in Tamil Nadu, she would like to take the responsibility.

Tamil Nadu admired & adored her as did people all over India. She was a much respected leader, who held her own in a world of men. RIP Jaya!

As per information, Hema Malini is a Tamilian Brahmin by birth, however she had spent most times of her life in north and west India. Malini took a series of tweets on Twitter in which she expressed grief over Amma’s death.

Malini’s husband Dharmendra remembered his ‘Izzat’ co-star as a good person and said he is deeply saddened by her demise.

The sudden demise of the five-time Chief Minister of the state is the end of a political era and there will be specific changes in the state’s politics.

Sad to hear of the passing away of Jayalalithaaji…May her soul rest in peace.

Shah Rukh Khan tweeted “Sad to hear of the passing away of Jayalalithaaji…May her soul rest in peace.”

Amitabh Bachchan wrote two tweets following the demise of Amma and wrote, “Deeply grieved at the passing of Jayalalita ji .. a strong woman ..” His second tweet read, “Jayalalitha ji the only CM of a State that celebrated 100 years of Indian Cinema .. from all regions .. most admirable !” 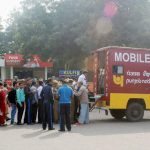 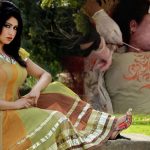