Today, we have witnessed the fall of a veteran in the smartphone world. BlacBerry announced that they are shutting down its hardware division. The manufacturer will no longer make its signature devices. BlackBerry was the king of all the phones back in the mid-2000s. It was sitting on the throne that nobody in their right sense of mind thought could be taken from them. In fact, it was not only taken but BlackBerry was kicked out of the empire. BlackBerry did have some truly loyal customers so when the news of BlackBerry hardware division shutdown came out; it felt like the end of an era.

What led to the BlackBerry Hardware Division shutdown?

However, we cannot say that this was unexpected. Everybody saw it coming. Rather, it is surprising that BB did manage to survive for so long. This is a classic example of how quickly the tables can turn on you in case you do not adapt to the ever-changing environment. It is pretty much the same case as was with Nokia. They too underestimated the power and capability of the iPhone and Android. They did not evolve and when they did, it was too little, too late.

The company’s attempt at a comeback with BB7 and BB10 was not bad. At the same time, they were also not good enough to compete with the top of the line products offered by the likes of Samsung. They were always left behind in the race against the iOS as well as Android.

The company believed that they can recapture their lost market share with BB10. On the contrary, by the time BB10 was rolled out, most of BlackBerry fans had already switched to an Android phone or an iPhone. There are people out there who are still using a BlackBerry, but they also have an iPhone or an Android to tag along.

The tragic flaw with BlackBerry

It was not just the lack of a touchscreen that turned the tides for BlackBerry, the sheer lack of apps had a crucial role in it. Even its BlackBerry Messenger (BBM) faded in the light of other messengers such as WhatsApp, Facebook Messenger etc. BlackBerry was considered the elite in the business class and among the youth, BBM was the one thing which solidified BlackBerry’s presence.

BlackBerry was swept away by the tsunami of apps which Android and iOS brought. It could not keep up the pace and hence lost a huge market share to the new entrants. The insane price tags that came with its new devices such as Priv only drove the situation from bad to worse.

The CEO of the company, John Chen, is referred to as the man who kept the company alive even after it was declared dead in 2013. He made an announcement at that time (2013). In the announcement, he mentioned a new strategy according to which the company will be focussing on software. He said, “Under this strategy, we are focusing on software development, including security and applications. The company plans to end all internal hardware development and will outsource that function to partners. This allows us to reduce capital requirements and enhance return on invested capital.”

We saw its implementation in the form of DTEK50 which ran on BB software but was built by TCL. This means that we will be seeing BlackBerry brand on the devices but only because of ‘licensing.’ The company will be focusing on Android now. What does this mean? Is it a rather late switch to Android? Only time can tell that. What matters the most is that they are trying! 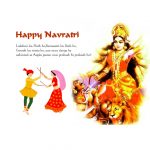 Navratri 2016 Celebrations – The 9 Days of Durga Puja
Next Article 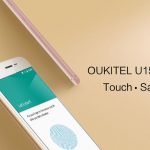