The petrol line-up of BMW has been further expanded in the country as the company has launched the gasoline-powered version of the BMW X3 and X5 SUVs. Talking about the prices, the BMW X3 xDrive28i is priced at ₹54.90 lakh and the X5 xDrive35i is priced at ₹ 73.50 lakh (all prices, ex-showroom Delhi).

Design and Looks: Visually, the SUVs are similar to their diesel counterparts. The German automaker though does offer the X5 xDrive35i in the Design Pure Experience package for improved aesthetics. 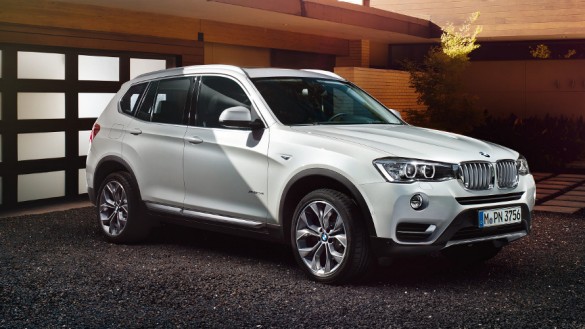 Engine: Power on the BMW X3 xDrive28i comes from the 2.0-litre four-cylinder motor tuned to produce 242bhp of power and 350Nm of torque available between 1250-4800rpm. On the other hand, the BMW X5 xDrive35i uses a larger 3.0-litre in-line six-cylinder petrol engine that churns out 302bhp and maximum torque of 400Nm available between 1200-5000rpm.

Both engines come paired to the 8-speed Steptronic transmission, while the SUVs can accelerate from 0-100 kmph in just 6.5 seconds. The BMW X3 and X5 petrol are available in the ‘X’ all-wheel-drive guise in a bid to offer better traction and riding dynamics along with the petrol engines, across varied terrains.

BMW India Acting President, Frank Schloeder said, “BMW petrol engines are a potent mixture of dynamics and efficiency, and with the launch of the new BMW X3 and new BMW X5 in petrol variants, we are offering our customers yet another form of ‘Sheer Driving Pleasure’. We are presenting a significantly balanced and extremely aspirational product portfolio with the choice of both diesel and petrol variants to suit all our customer requirements. These latest generation of BMW engines guarantee a thrilling power delivery and excellent responsiveness which generates a dynamic proposition on the road and gives assured driving pleasure.”

The BMW X3 and X5 petrol compete with the likes of the Mercedes-Benz GLC and Jaguar F-Pace. Both models will be locally produced at BMW Plant Chennai. The new BMW X3 and the new BMW X5 are now available across the country in both petrol as well as diesel variants.