Engineers Day 2016: 15th September is celebrated as Engineers Day in India every year. Engineers from every nook and corner of the nation celebrate the wonderful day, dedicated to them with their friends and family. It is hard to think of a life without having engineers in it. An engineer builds a nation. Engineers are involved in each and everything that we use. Engineers Day is the day to thank them for being an important part of our lives.

Why do we celebrate Engineers Day on 15th September

Engineers Day is celebrated on 15th of September in India on the birth anniversary of India’s best engineer Dr MokshagundamVisvesvaraya. He was a statesman, scholar, and also the Diwan of Mysore from the year 1912 to 1918. He has also received the Bharat Ratna in 1955, which is India’s highest honour for his contribution to the national economy.

Engineers Day in India is celebrated as a tribute to Sir MV. On this Engineers Day 2016, let us know a few facts about Dr MokshagundamVisvesvaraya that will help us in knowing India’s best engineer a bit more.

We too wish a very Happy Engineers Day to one and all! Engineers, keep on building the nation the way you do. 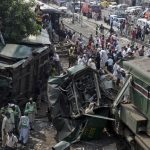 Six Lives Lost, Another 150 Hurt in Tragic Train Collision in Pakistan
Next Article 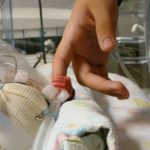