Force 2 have been released today and the reviews seem to be in favour of the movie. The very first scene of the force 2 movie claims the real meaning of movie and signifies that it’s an action based movie. John Abraham aka Yashwardhan plays a very important role as a cop for the RAW and under the guidance of Sonakshi Sinha who is playing the role of senior officer. 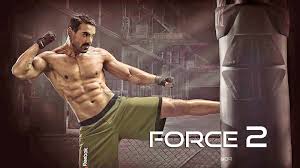 At the very first scene of the movie, John gets a chance to shop the power of his muscle and which force the audience to applause in depth. KK (Sonakshi Sinha) & Yashwardhan (John Abraham) gets the opportunity to work on an important case which leads them to Budapest.

Shiv Sharma (Tahir Raj Bhasin) is playing a negative role in the movie and he seems very decent and mango person while looking on his face but in depth, so many secrets are pending to reveal. In force 2 the grip of the director seems lost from the movie because there is one scene where endless numbers of fires showered on both the star cast but not even one of the bullets seem to shot any of them. This will definitely bring a smile on your face and you will be thinking is this some kind of joke is happening. 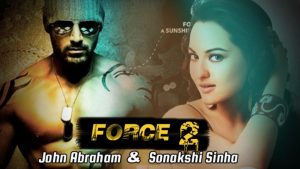 Moreover, the director has well tried to present force 2 as an action packed movie but due to some loopholes, it does not force you to put in the category of most favourite movie. Though the performance of Sonakshi Sinha seems missing in the movie because she has not given much chance to show her calibre in force 2 movie.

The only thing which will entertain you in force 2 would be the remarkable action scene of john Abraham. Yet, the performance of the villain Tahir Raj Bhasin cannot be ignored and he could be considered as the potential future of Bollywood industry.

Moreover, Force 2  is dedicated to those unseen heroes who work for their country and never gets recognition because of the nature of their job. At least one word of appreciation becomes mandatory for those brave cops of the nation. 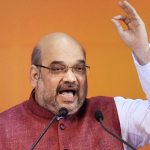 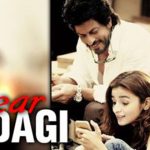