This Diwali will also  more challenging for both stars Ajay Devgan and Aishwarya Rai due to their upcoming movies “Shivaay” and “Ae dil hai Mushkil”. Both movies are going to release on the same day “Diwali” at the box office. Shivaay is the dream project of Ajay Devgan and  another side, Aishwarya Rai would never want to miss the chance for making her movie blockbuster as her earlier movie “Sarabjit” could not influence the audience.

On the other hand, Rajinikanth’s movie Robot 2.0 releasing next year will also be a big challenge for Ajay’s movie Golmaal 4, therefore, the director of the movie Rohit Shetty has decided to change his release date from 19 October 2017. He knows very well that his movie would not stand against Rajinikanth’s movie.

Shetty’s upcoming movie “Golmaal4” is the fourth installment of his comedy film that he had earlier announced Diwali 2017 as the releasing date.  According to DNA reports, Shetty is himself a big fan of Rajnikanth and out of respect for him, was only too happy to reschedule his film’s release date.But, the director of the film Robot2.0 Shankar is saying it is a trade source, still, he has not confirmed the date for the film.

The other reason for postponing the release date of his movie is Bajiro Mastani, as the movie has clashed with Shetty’s previous film Dilwale. The result was not too amusing for him; hence the director would not want to take any risk again. It is undecided if the release date will be advanced or postponed now as the new date of the Golmaal 4 has not been declared. 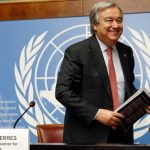