Gully Boy Cast: Ranveer Singh is all over the news for being casted in Zoya Akhtar’s next, Gully Boy. The movie is about an underdog who rises from a slum to become a rapper. The film stars Ranveer Singh and Alia Bhatt. According to Zoya, Ranveer was the only person that came into her mind, so she traveled all the way to Paris when he was shooting there for Befikre to give him the narration.

The sources reveal,”Both love the fact that he will be playing this crucial role while he is trying to understand their body language and what drives their music. He wants to prep up extensively for the part so that he becomes the character by the time the film rolls in November,”.

Gully Boy Cast: Film is based on Divine and Naezy!!

The movie is based on a real-life rap artists, Divine and Naezy. The actor is already prepping hard for the role. A source also revealed that Ranveer has been meeting Divine and Naezy for quite a time now. He is leaving no stone unturned, all these meeting are scheduled to crack and copy their rapping styles, a sense of music and ability to connect to street poetry.

The two had earlier worked in Dil Dhadakne Do and share a great bond. Gully Boy film also stars Alia Bhatt and it will be their first film together. 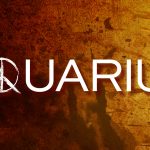 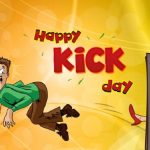