So let’s check out the analysis of the top highest-paid soccer players in the world in accordance to 2022.

Mbappe caught the attention of his outstanding performance at the 2018 FIFA World Cup in Russia. After that, he has constantly achieved this place among the highest-paid soccer players in the world.

The French player Mbappe earns 1.6 million per week is very high in the history of football. And he is one of the best players in the world. Mbappe has scored nine goals in six games for PSG this season.

According to Forbes total net worth of Mbappe is $128 million.

Known as the ‘Magician’ of soccer. He is one of the greatest players in soccer history. Lionel Messi earns 960,000 per week which makes him the second highest-paid soccer players in the world.

Messi struggled in his first season at PSG. In December 2021 he renewed his lifetime deal with Adidas. It contributes a significant part to his income every year.

Messi is the richest soccer player in the world with earnings of $120 million.

He is one of the greatest players of all time. Besides his immense footballing skills, his fans also looked to him with good fortune and jaw-dropping wonder due to his unimaginable wealth and assets throughout the world. He has a lifetime deal with Nike for $ billion.

Other than that he has numerous other endorsement deals and his own line of clothing, fragrances, and hotels. Additionally, Ronaldo is also the most loved athlete on social media platforms.

He is known as one of the most marketable athletes in the world. He made the largest deal by moving from Barcelona to PSG. The deal was done for $200 million which made the headlines.

Neymar became the first soccer player to have his own custom Air Jordan sneakers designed by the Swoosh.

Neymar Junior has a net worth of $87million.

He is the football pharaoh from the land of Egypt Mohamed Salah gave remarkable performances at Premier League champions, Liverpool. Mohammed signed a contract with Liverpool til 2025.

The Norwegian player Erling Haaland is the youngest player with a lot of fresh talent like Kylian Mbappe.

He has signed five years contract with Manchester City and his income is increasing every year. The young player has scored 10 goals in six Premier League games so far. This also includes two hat tricks.

In 2013 he signed a deal with Nike. In March 2022, Lewandowski canceled his sponsorship deal with Chinese telecom company Huawei after the company’s reported support to Russia following the Russian invasion of Ukraine.

In November 2015 Lewandowski signed on as the global ambassador for Huawei, after agreeing to a partnership.

Despite his amazing persona on the football ground, Lewandowski is also the most popular TikTok star.

Eden Hazard’s transfer to Real Madrid gave the Spanish club one of the best attacking players in the world.

Because of his poor fitness at Real Madrid, he has failed to keep his fans active.

Despite his poor fitness, he was able to score four goals in three seasons for Real Madrid. And he has gained the position of world’s highest-paid soccer player in the world.

He is a Spanish professional footballer who plays as a midfielder and is the captain of the J1 League club, Vissel Kobe.

He is called greatest the midfielder of all time. Iniesta has spent most of his career at Barcelona where he served as the captain for three seasons.

He had signed a contract with manchester till 2025. He was rejected by Chelsea and now he is one of the best midfielders in the world. With the arrival of Erling Haaland, the duo has turned on the heat of the season.

These players are motivating and are also superb strikers. So who is your favorite player from the highest-paid soccer players list? Do share your opinion in the comments section below. 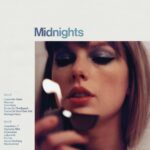