Hindu Sena lodged a complaint against Akshat Verma, Delhi Belly’s filmmaker for hurting the religious sentiments of the Hindus with his recently launched 16-min short film ‘Mama’s Boys’. Many people even termed the film as an adult version of the epic while others are enjoying it. Vishnu Gupta, Hindu Sena Chief, requested for relevant action to be taken against Verma as the film shows some of its characters as homosexual.

Neena Gupta, Aditi Rao Hydari and Vivan Shah are seen in the lead roles in the film. The film is based on Draupadi’s marriage to the five Pandavas. The film is being taken well by the audiences and it has got more than 55K views till now. In the video, Arjun is seen raising a question about the sexuality of his brothers, to which they say that they are heterosexuals. And because of this, Hindu Sena wants the film to be removed from YouTube.

The complaint lodged by Hindu Sena reads, “Akshat Verma and the team of ‘Mama’s Boys’ have deliberately and maliciously acted, intending to outrage religious feelings of Hindus… by making fun of the religious book. The content of the film may also be made objectionable under article-19(2) of Constitution of India.”

Police said that they are looking into the matter and if anything malicious would be found, action would be taken.

Akshat Verma says Mama’s Boys is not an Adult Film

To the report, the filmmaker Verma replies, “I don’t know what makes it adult (content). I am curious to know. At least that’s not the way I looked at it. I made it from the point of what went on in the minds of characters. Bhaiyo ne kya socha hoga, Draupadi ne kya socha hoga and all. There is no adult content in it . We are already passing around a lot of stuff in our country in terms of things like that (adult content).”

He also said that he found many expressions fro Mahabharata quite fascinating. He added that many other desires, motivations and politics could have been possible at that time part from what we have heard about the epic since our childhood. He said that ‘Mama’s Boys’ is a humorous way of looking into it. “If a guy comes by with his bride and he is in love with her and suddenly his mother asked him to share her. Then what happens, what will he feel like,” he added. 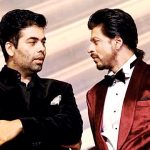 Shah Rukh Khan to be seen in a Cameo in Ae Dil Hai Mushkil, confirms Karan Johar
Next Article 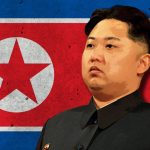