There is a famous dialog that most of the star release their movie on the holidays and when Rajinikanth Release his films, it become the holiday.

Yes, it is true, people starts booking in advance to watch Kabali Movie before its release and it is booked in advance for the next three days.  So you can just imagine that how much people are crazy about Rajini’s Movies. This is not happening the first time, and it happens whenever Rajinikanth’s movie have to come.

Kabali is launched today (22 July) all across the world. And thus its box office prediction are on. Everyone is predicting their own thought about the movie Kabali. Trade is predicting that Rajinikanth’s Kabali will do over Rs 100 crore box office collection in first three days of release. This is over and above the Rs 200 crore that the film has reportedly made with various corporate deals and sale of its music and satellite rights.

Read: Why You Should Watch Kabali Movie?

Super Star Rajinikanth and Radhika Apte have played the lead roles in the film Kabali. The film surprisingly disappoints big time. There are hardly any interesting aspects in the film. Kabali would have hit that balancem where the film was neither Super star Rajinikanth’s in mass nor director Ranjith’s in content. The film satisfies neither of the points. The undeniable highlight of the film as everyone of us wont be surprised to know that is our very own Super star Rajinikanth in the film. His performance is very much impressive. He was a perfect artist who was fit into the shoes of Kabali.
Unsure if the slow pace was due to editing or a weak screenplay itself, but either way, the film seems to need further trimming. The screenplay is too slow and hardly any scene raises the bar. The execution is bad. With such blatant violence & gang warfare Kabali was surely not meant to be a U Certificate film and the violence is also too loud. Unsurprisingly Radhika Apte was outstanding in Kabali! Her ethereal beauty & natural acting are a huge plus points. With so much of over excitement, the director P A Ranjith failed in making it a convincing plot. On a whole, the film Kabali fails to impress us and it lands between a place where you really cant praise the film for the some good moments you find and also cant even criticize it to the core for the bad moments it offer

Disgusting of @PicturesPVR to show #Kabali without subtitles after those at ticket-counter explicitly assured the film would run with subs.

Wishing @theVcreations for #Theri100thDay and the release of #Kabali !A landmark day indeed for a production house!👏👏👍😊

Even at 65, the charisma of @superstarrajini is still intact. My review of #Kabali: https://t.co/o2qibKIfNY pic.twitter.com/cnm0Unv7bc 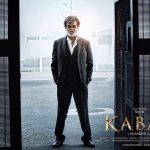 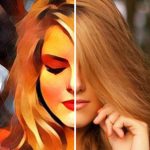