Malayalam Actress Bhavana Abducted: A popular Malayalam actress’s driver was arrested on Saturday morning, for conspiring and kidnapping her. The incident took place near Athani near Kochi, where a group of people threatened her.

Police says,”It happened on Friday night by around 9pm near Athani junction near Angamaly . Police has already nabbed one person, her present driver Martin. We have proof that he is involved in the crime. We suspect her former driver Sunil to be the kingpin of the crime. He has criminal antecedents of drug peddling, chain snatching and hawala cases.”

On the reasons for the kidnapping, the DCP says,”They let her free at a place near Kakkanadu, after which she reached out to a friend who later sought police assistance. They wanted to harass her -that’s the information we have now.”

The accused first hit the actress car from behind to fake the accident, then they entered in the vehicle and took control over the situation. Police says the whole reason behind the abduction was money extortion. They didn’t assaulted her sexually but only threatened her. Police confirms actress is fine and resting at her home. 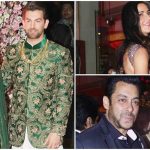 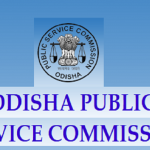