Xiaomi’s upcoming Mi 5S is creating a lot of ripples prior to its expected launch on September 27 i.e. tomorrow. There have been a lot of rumored Mi 5S leaks including pictures, specifications etc. Let us take a look at a few of them.

It is going to sport a decent 5.15-inches LCD display with resolution of 1440×2560 (570 ppi). 3D touch can also be expected. It will also have Corning Gorilla Glass 4 for protection purposes.

It will be running on Android 6.0 Marshmallow.

The Mi 5S will be powered by a quad-core Qualcomm Snapdragon 821 processor (2×2.4 GHz and 2×2.0 GHz). It will come with 6 GB RAM along 128/256 GB internal storage options without any card slot for further addition.

Reports suggest that it will flaunt a good non-removable 3490 mAh battery.

Earlier it was expected that the new fingerprint scanner would arrive on the iPhone 7 but the rumors soon faded as it would require the iPhone 7s to have a Qualcomm chip too.

The fascinating thing about this scanner is the manifold increase in the level of security that it offers. The makers claim it to be much more faster and a lot more secure than the other fingerprint scanners on a phone. The phone uses the Qualcomm Sense ID. The sensor can read a finger successfully even if it has grease, dust or a lotion on.

This is due to the fact that it uses 3D image of the print rather than the flat one used by other devices. The added security comes from the in-depth mapping of almost everything in a print. Check out this video for more.

The new leaks point out towards the possibility that Xiaomi just might be the first manufacturer to feature this revolutionary technology. This means other manufacturers will soon follow too. Let us see what happens tomorrow and what kind of response does it get from the people!

Can You Imagine of A New-Born Boy Who looks like an 80 Years old? Well then meet This Boy from Bangladesh
Next Article 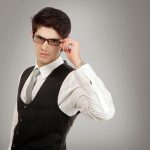