In what could be a shocking breach of security, few school children of SES School have claimed that they saw the movement of some suspicious persons near Uran Navy Base in Raigad.

The children reportedly spotted some men dressed in black camouflage uniform carrying ammunition around the ammunition dump, near the Uran Navy base, following which the kids alerted the local police, according to a report by NDTV. The NDTV report also said that the men had reportedly hidden their faces, which is why the children became suspicious.

DGP Maharashtra has said that following the complaint of two school kids who spotted four to five suspicious men in Uran near Mumbai, a search operation has been initiated in the state. He said that the men were spotted at around 06.30 am on Thursday morning.

Following the development, the Indian navy has launched search operations and aerial operations in and around Mumbai. Indian Navy has been put on the highest state of alert. Naval bases at Thane and Raigad as well as the Indian Air Force are also on high alert.

Navi Mumbai police outside the school where students claimed of seeing a group of armed men, near Naval base in Maharashtra’s Uran pic.twitter.com/lrFFVC6Zqe

Other than this, the Indian army has on Thursday foiled two infiltration bids along the Line of Control by militants trying to sneak into Kashmir Valley from Pakistan-occupied Kashmir. Apart from this, two ongoing encounters are underway in Uri and Nowgam sectors for the past two days in which one soldier has been killed. 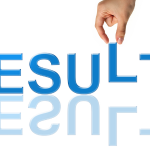 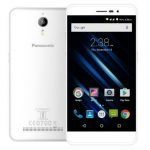