Half of the prize money i.e. $9,30,000 or 8 Million Swedish Kronor, was awarded to David J. Thouless from the University of Washington. The other half has been split between the other two winners; J. Michael Kosterlitz from Brown University and F. Duncan Haldane from Princeton University.

About the three Physicists:

Dr. David Thouless (82) was born in Bearsden, Scotland. He was a professor of mathematical physics at the University of Birmingham, England from 1965 to 1978. Later he joined hands with Michael Kosterlitz in his study at the same University. Presently, he is at the University of Washington, working as the emeritus Professor.

Dr. M. Kosterlitz (73) was born in Aberdeen, UK. He worked with Dr. Thouless at the University of Birmingham. Presently, he’s working at the Brown University.

Dr. F. Duncan Haldane (65) was born in London, UK. He has worked at various prestigious universities. Presently, he’s working at the Princeton University.

Their studies might as well be successfully applied in material sciences and electronics as well.

The three physicists have used the mathematical technique to study the topology of strange matters. When one matter changes from one phase to another it’s called phase transition. Thors Han Hansen, a member of the Nobel Prize Committee tried explaining the topology by using a bagel, bun, and a pretzel.

He said that for a topologist, the only difference between these three is the number of holes in them. While a layman will differentiate these three on the basis of their taste.

Prof. Cooper said that the scientists are currently looking into the matter of using the quantum devices that might be able to replace the complex functions done by computers in the future. 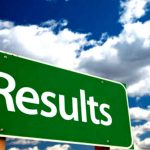 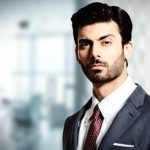