Pacific Rim was a surprising hit when it was released in 2013. Until then, fans have waited for a long time before Guillermo Del Toro officially announced that Pacific Rim 2 will be coming in spring 2018. This means that the famous sci-fi Robot starrer will come back again to entertain its audience. However, Guillermo Del Toro will not be directing Pacific Rim 2. Instead, he gave that responsibility to Marvel’s Daredevil season 1 showrunner, Steven S. DeKnight. Steven will be making his directorial debut in films after establishing himself in the television world. Moreover, the cast for the movie is quite impressing.

Charlie Hunnam will not be making his comeback in the new Pacific Rim 2 which has been named as Pacific Rim: Maelstrom. John Boyega will be leading the cast and is also the executive producer of the movie. He will be playing the son of Idris Elba’s Stacker Pentecost following his breakout role in the last year’s Star Wars movie. Steven DeKinight posted the pictures of himself in front of an entrance vault. He also revealed the first principal photograph of Pacific Rim: Maelstrom.

The director has kept all the contents hidden and even wrote on his social media page that, he can’t reveal the things about Pacific Rim 2. Previously he did release the images of John Boyega who was seen on the sets of the movie. Moreover, Charlie Hunnam was set to reprise the role but no reports regarding his casting have shown up. The plot of the Pacific Rim 2 is unknown as Del Toro wants to keep it as secret. Rinko Kikuchi who was also the part of the previous movie may make a comeback. Apart from that, Scot Eastwood, Cailee Spaeny, Jian Tian, Levi Meaden, Karan Brar, Adria Arjona and Nick Tarabay will be the part of the anticipated sequel. Assembling of old ones and new actors will give add some more variety to the movie? This can be only known when the film hit the screens.

When Pacific Rim took its initial flight, it was not well received but within days, it became a box office hit both in U.S. and international markets. This made producers to announce Pacific Rim 2 which is going to be even bigger than the previous one. The creators have finalized an early 2018 release date for the movie. Director Steven DeKnight has previously been part of many TV shows like Buffy the Vampire Slayer, Angel, Smallville, Spartacus and Marvel’s Daredevil first season. This kind of vast experience is enough for him to replace Guillermo Del Toro behind the camera. What is more? The action between Kaiju vs. Jaeger will be more awesome this time. 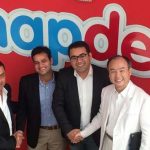 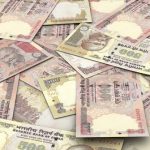