Here is the Teaser Trailer of the movie:

Isn’t this really awesome !! It has raised the curiosity among the fans of the franchise and also the fans of Javier Bardem. The trailer shows off a brutal attack on a British vessel as a lone, ghostly figure (Javier Bardem) strides through the violence. “Find Sparrow for me,” he tells the ship’s lone survivor, “And relay a message from Captain Salazar. Tell him death comes straight for him.”

“TELL HIM DEATH COMES STRAIGHT FOR HIM.”

The teaser sets up a chilling tone for the film, putting Bardem’s character front and centre, and echoes the horrifying nature of the ghostly pirate crew from Curse of the Black Pearl. There’s also a bit of humour mixed in.

Also, Check out the motion poster of the movie:

The film is directed by Joachim Rønning and Espen Sandberg, the duo behind the Netflix’s Marco Polo. This movie also brings back Johnny Depp as Captain Jack Sparrow, who is being pursued by Bardem’s Salazar and his crew of ghostly pirates. The movie will also bring back Orlando Bloom’s Will Turner, who had taken control of the Flying Dutchman at the end of the third film, At World’s End.

The last film in the franchise, On Strange Tides, came out in 2011 and was a major success at the box office, even as it received mixed reviews from critics. Dead Men Tell No Tales was planned in 2011 alongside with the fourth film but was pushed back due to issues with the scripts and the flop of Disney’s The Lone Ranger in 2013. 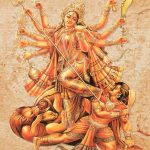 Navratri Colours: 9 Different Dress colours to wear from first to ninth day of Navratri
Next Article 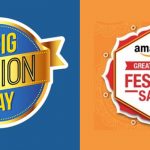