Congratulations to Pranati on winning India’s Next Top Model!

Pranati is the daughter of an Army officer, “grew up all over India”, and added that being a “small-towner” had its advantages. However, Pranati isn’t a stranger to modelling contests as she was a Miss India finalist in 2015, and won titles like Miss Fashion Icon, Miss Talented and Miss Beautiful Legs at the pageant.

The contestants at the show were mentored by VJ and actress Anusha Dandekar and image consultant and grooming expert Neeraj Gaba. The show commenced with 13 new faces vying for the title and was down to three of them emerging as frontrunners. Jantee Hazarika and Subhamita Banerjee were the other finalists. Their final competition was to walk the ramp at the recently concluded Lakme India Fashion Week in Mumbai, and Pranati impressed the judges most with her poise.

Tune in NOW to find out which girl wins this season of India’s Next Top Model!

Along with the title, Pranati will also get to model for certain brands with a modelling contract for a year and an opportunity to feature in a reputed lifestyle magazine. Pranati now hopes to emulate the career path of her role model, Priyanka Chopra.

What Pranati said after her victory?

After the victory, excited Pranati said that “Life is a fantasy that I’ve been creating constantly. I am overwhelmed by the support and love that I’ve received from all over and I am extremely thankful to India’s Next Top Model Season 2 for being such a wonderful platform that helped me explore my talents every minute.”

She continued saying that “The show has helped me not only to represent myself but also got my state, Bihar, noticed in the modelling arena and I hope to carry the title of India’s Next Top Model to the best of my potential.”

In an interview with The Daily Mail, the model said that “One is not so familiar with fashion growing up in a small town, so naturally, it makes you curious. Perhaps modelling would not become my life’s love if I grew up with easy access to the job while growing up in a big city. Life in the metro gives you exposure, but small-towners learn not to take things for granted.” 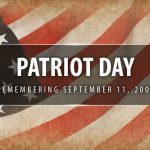 September 11 – Patriot Day Images, Pictures, Wallpapers, WhatsApp DP, Status to have a look at
Next Article 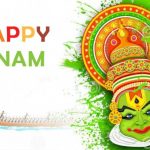