Priyanka Chopra and Tom Hiddleston presented an award at the 68th Emmy Awards. It is a separate story that it was Game of Thrones that clouded the show and bagged 12 awards.

Priyanka Chopra and Tom Hiddleston presented the award to Susanne Bier. Bier was awarded for directing the mini-series The Night Manager.

The Quantico star managed was looking ravishing in her blood-red one-shouldered Jason Wu gown topped with a neatly side-parted ponytail.

However, it was Game of Thrones and Veep which took all the major titles for the night. Just like the previous year.

In the midst of the election fever, Julia Louis-Dreyfus won an Emmy for her role in the White House satire-cum-comedy Veep for the fifth straight time.

Game of Thrones came in with the most number of nominations – 23 and won 12 out of these including for directing and writing making it the overall winner.

Rami Malek took home his first ever Emmy for best drama actor for his role as a hacker in “Mr. Robot”. FXs 10-hour dramatization of the double murder trial of the former football player from 1995 “The People v. O.J. Simpson,” won 9 awards including for best-limited series, writing, lead and supporting actor(s). 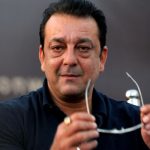 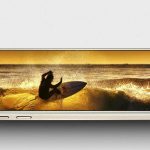