Rangoon Trailer Out: The trailer of Vishal Bhardwaj’s much awaited Rangoon is out and it is as expected outstanding. Set in 1944, during the World War II, the film narrates the story of three individuals, a businessman-producer, a movie star and a soldier.

The filmmaker. The actress. The soldier. A love story. Here’s the 3rd poster of #Rangoon! @shahidkapoor #SaifAliKhan #KanganaRanaut pic.twitter.com/DP4jV1AauK

A story of love and deceit- Rangoon trailer indicates the sly humour in the film as well as the tragic romance drama. Julia is not Fearless Nadia but is a 40’s diva in her own right who came into films via theatre and was the convention at the time, went to the front to entertain soldiers fighting the Second World War. The posters as well as trailer looks intriguing.

Shahid Kapoor plays a soldier madly, passionately in love with a movie star played by Kangana Ranaut while Saif Ali Khan plays her boyfriend and a rich businessman. Scheduled to release on February 27th, the film promises to be an intense drama.

The 3 minute 20-second trailer takes us from the glamorous theatres in the Bombay of the 1940s to the mucky trenches on the battlefields of Burma. In-between this transition is forged a love story, filled with passion, sex and deceit. Few sequences especially, the one involving the bridge, looked far from impressive. 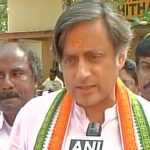 Shashsi Tharoor detained for protesting outside RBI against Demonetisation, released
Next Article 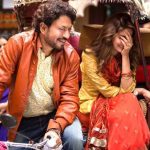