The Ghazi Attack Poster: The most awaited film of this year, The Ghazi Attack’s new poster is out.  It is based on a story, never thought before- an underwater war. The movie is starring Rana Daggubati, Tapsee Pannu, Atul Kulkarni and Kay Kay Menon in pivotal roles. The maker are promoting movie in a perfect way, first teaser and trailer and, now, new movie poster on Republic Day.

This #RepublicDay, my salute and gratitude to the protectors of our country. Jai Hind!!! pic.twitter.com/fFcWs8Iuyz

Rana Daggubati and Tapsee Pannu, hail from south industry, have set high standards for all Bollywood actors. Amitabh Bachchan has also contributed in the movie, he has lent his voice for the opening narration which documents the history of India-Pak war in brief.

“I was told that Amitabh Bachchan wouldn’t possibly give voice-over because he gets a lot of requests like this but I took the risk of rejection from him and I went to his home to show the promo of the film. After watching the bit, he instantly asked me what he should do for the film. He asked me for the script and I didn’t have it at that point of time. The following day, even before I could mail him the script, his secretary called me asked for the script so that they can book a dubbing theatre. He gave the voice-over in 20 minutes. I am very glad that he was impressed by the story,”.

The story revolves around Naval Officers, back in 1970, when Bangladesh was at war with Pakistan. Inspired by true events, about how officers sacrificed their life to save 1000 other. 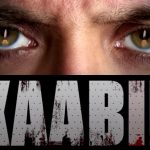