The British motorcycle manufacturer, Triumph, is popular all over the world for its retro-styled cafe racers. In India too, these bikes got a phenomenal response. Continuing the legacy of its Bonneville series, the company has launched Bonneville T100 in India with a starting price of Rs.7.78 lakhs. 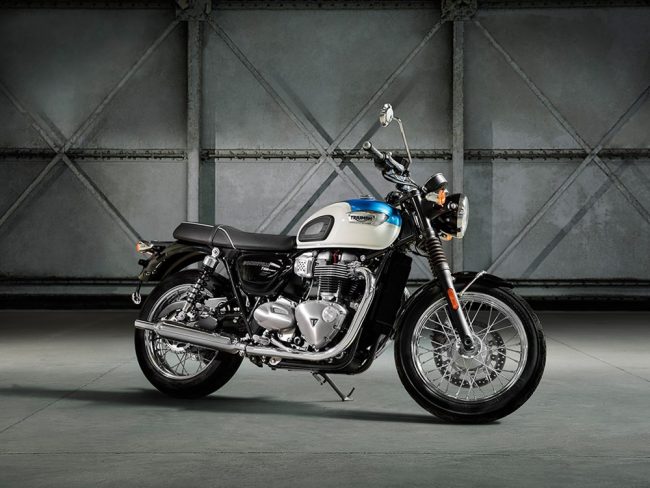 The vehicle was recently unveiled at the Intermot 2016 and after a few teasers; it has been released almost instantly in India.

All about the newly launched Bonneville T100

Inspired by its Godfather – the 1959 Bonneville, the bike uses remarkably similar sculpted fuel tank, wire spoke wheels along with ‘peashooter’ exhaust that has dual-tone paint job which gives it the total retro look.

The Bonneville borrows the engine of the Street Twin and the frame of Bonneville T120. It is powered by 900cc parallel-twin cylinder engine which churns out 54 BHP of power at 5900 RPM along with 80 Nm of peak torque at 3230 RPM. The number of gears is limited to 5.

Do not let its retro look fool you because it loaded with all the modern day bits and bobs which make it lot more fun to ride. Some of the chief features include ABS, ride-by-wire, engine immobiliser, torque-assist clutch as well as a USB charging port under the seat. 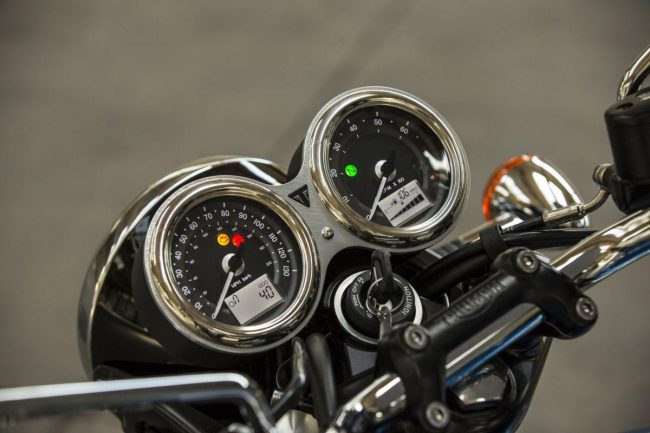 The instrument cluster on the newly launched Bonneville T100.

It also has the vintage twin-pod console which further contributes towards the retro styling. Along with the speedometer and the tachometer, it shows a lot of other vital information such as gear shift indicator, distance to empty, service indicator, fuel level and a button to toggle the ABS on or off.

Currently, Blue and White, Orange and White, and Jet Black are the colour options that are available for the Indian buyers. The Black model has not yet reached the Indian soil.

The newly launched Bonneville T100 will be locking horns with the Ducati Scrambler Icon. (above)

The Triumph Bonneville T100 will compete with the likes of Ducati Scrambler Icon, which has been made on the similar grounds.