Volkswagen Tiguan Allspace 2017: Volkswagen, the German carmaker has confirmed the launching of its seven-seat version of the Tiguan SUV wearing the Allspace badge in Januray, next year. The new SUV is expected to go official at the Detroit Motor show in January, however, there is design sketch released by the company.

Why the New Special ‘Allspace’ badge? The special badge, according to the company, is to set it apart from the standard wheelbase, five-seater version, and to emphasise its attractive range of equipment features. 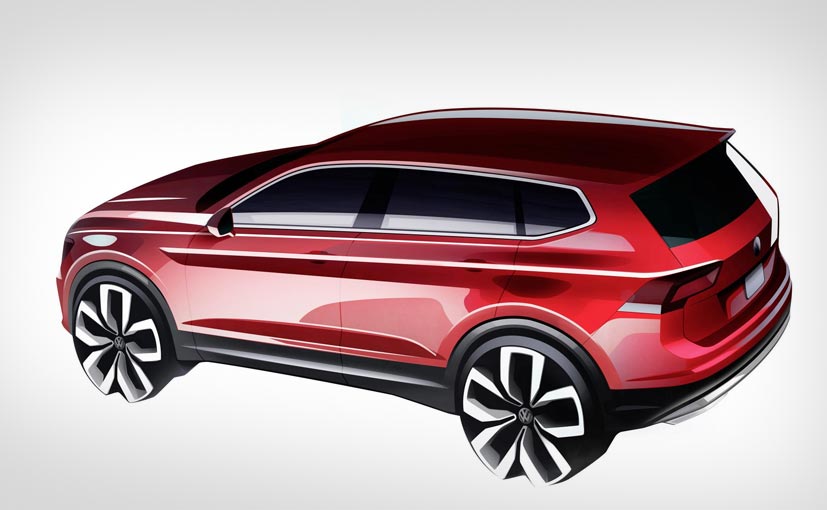 As per the media speculations, The car will have a large wheelbase that is 11cm longer than the current generation Tiguan.  The SUV car also recently bagged the “2016 Drive Car of the Year award.”

What changes could be seen in Volkswagen Tiguan Allspace 2017?

The new long version of the Tiguan will come with more room in the interior apart from the longer wheelbase. Although Volkswagen has let on a few details about the Allspace but has confirmed that the distance between the Tiguan’s axles has grown by 11 centimetres. Combined with a longer rear overhang, the bigger body frees up enough space in the trunk for another pair of seats.

The car shares the front fascia with the smaller, 5-seater Tiguan SUV and the extension from the C-Pillar is very distinct.

Engin and power: The engine that the long-wheelbase Tiguan is likely to get is the 2.0-litre turbocharged four-cylinder motor which will send power to the front wheels or all four wheels via VW’s 8-speed automatic transmission.

The longer Tiguan is based on VW’s modular MQB chassis and will be built alongside the five-seater version in Puebla, Mexico, which is the largest VW plant outside Germany. 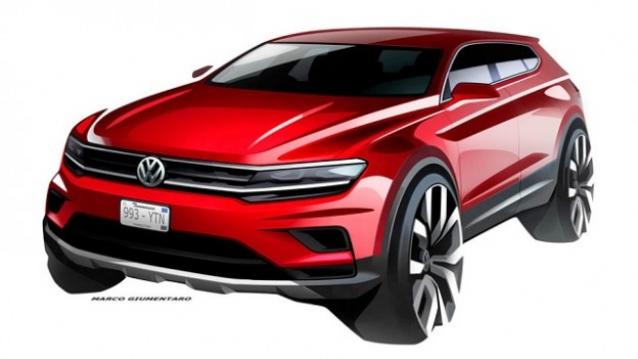 The production of the car will begin in Europe by mid-2017 and Sales of the car will start next year but will be restricted to North America, China, and Europe. The European-market version will be known as Tiguan Allspace; elsewhere it will simply be badged Tiguan.

There is a slim chance that it will arrive in a diesel variant considering the issues Volkswagen faced in the past. The price range is expected to be in around the $40,000 (Rs 27 lakh approx.) bracket.