India has grown at a very rapid rate and climbed to the 39th position in the world. Last year, India was at the 55th spot. It jumped up 16 positions which was the largest climb among all the nations. This was the second consecutive year when India went 16 positions up in the WEF index.

India was followed by Albania, Jamaica and Bhutan which climbed up 13, 11 and 8 positions respectively.

This huge climb up means that the uplifting of the institutions, as well as infrastructure, has increased the overall competitiveness of the economy. Other things which also made significant contributions were opening up of the market to the globe as well as increased transparency of the financial system.

India’s competitiveness has improved, especially in the goods market, business sophistication along with innovation. The report said that low fuel prices coupled with better monetary and fiscal policies have not only made the Indian economy more stable, they have made it the fastest growing economy among the G20 nations.

“Still, a lot needs to be done… huge challenges lie ahead on India’s path to prosperity,” the report further added that despite considerable improvements in infrastructure and other social indicators such as health and education in the last couple of years, India is still lagging behind on these fronts as compared to the international standards.

According to the executives, there are many things which make India bad option for doing business. These include the Indian tax regulations, corruption, tax rates, poor public health etc.

Further, the report added that the rigidities of the labour market along with the existence of large, government enterprises, particularly in the utilities and finance sector, make the economy much less efficient. The report also said, “The labour market is segmented between workers protected by rigid regulations and centralised wage determination, especially in the manufacturing sector, and millions of unprotected and informal workers. Lack of infrastructure and ICT use (where India is ranked 120th in the world) remain bottlenecks.” It emphasised on the fact that the progress made in the recent years has been considerably slow. It also highlighted that more investment was needed in order to ensure that the rural areas are also connected so that they too can contribute as well as benefit from India’s development.

Even though India might be the only country in the first half of the rankings, our neighbour, Sri Lanka, surpassed us in ‘technological readiness’ – one of the twelve basis on which a country is rated.

The report said, “The country’s biggest relative weakness today is in technological readiness, where initiatives such as Digital India could lead to significant improvements.” The efficiency of the goods market in India has plunged in the last few years. However, WEF deems that the conditions will be better once GST has been implemented. 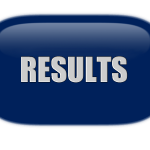 UP CPAT Result 2016 expected to be declared on October 4 @ www.cpatup2016.org
Next Article 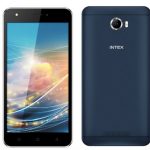