U.S. basketball star Brittney Griner was convicted Thursday in Russia of drug possession and sentenced to nine years in prison following a politically charged trial that came amid soaring tensions between Moscow and Washington over Ukraine and could lead to a high-stakes prisoner exchange between the two world powers.

Judge Anna Sotnikova of the Khimki city court delivered the sentence and fined Griner 1 million rubles, or about $16,400. She said the court took into account Griner’s partial admission of guilt, remorse for the deed, state of health and charitable activities. Prosecutors had asked that she be sentenced to 9.5 years in jail.

Prior to the verdict, Griner apologized to the court and asked for leniency in an emotional speech.

“I want to say again that I had no intent on breaking any Russian laws. I had no intent. I did not conspire or plan to commit this crime,” she added.

This Is What Joe Biden Had To Say About The Decision

“I call on Russia to release her immediately so she can be with her wife, loved ones, friends, and teammates,” Biden said, adding that he would continue to work to bring home Griner and Paul Whelan, an American imprisoned in Russia on an espionage conviction.

The United States has offered to exchange Russian prisoners for American citizens including Griner and former Marine Paul Whelan. 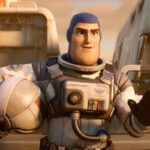 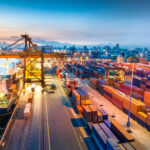 How long does it take to complete an advanced diploma in logistics and supply chain management course?
Leave a comment Leave a comment