The National Bravery Bharat award 2017 has been given to 15-year-old Late Master Gaurav Kawduji Sahastrabuddhe of Maharashtra who sacrificed his life while saving his four friends. His parents will receive his award on his behalf.

15-year-old Ramdinthara of Mizoram will be honoured with Bapu Gaidhani Award for saving two people from electrocution.

The parents of 13-year-old Shivansh Singh will also receive the award on his behalf. He will be awarded posthumously for sacrificing his life in a valiant effort to save his friend from drowning in Saryu River.

The prestigious Geeta Chopra Award has been conferred on 8-year-old Km. Shivampet Ruchitha of Telangana who displayed exemplary heroism in saving two precious lives hurt in an accident.

Master Rakeshbhai Shanabhai Patel of Gujarat will be given bravery award for saving a boy who accidentally fell into a deep well.

This year a 16-year-old Arjun Singh will be awarded Sanjay Chopra Award for displaying outstanding bravery in fighting a tiger to save his mother.

Master Maurice Yengkhom from Manipur has been awarded for showing exemplary courage in saving the life of his cousin.

Chongtham Kuber Meitei, an eight-year-old girl from Nagaland will receive a national bravery award for rescuing her grandmother from drowning from a river at Chudi village in Wokha district.

12-year-old Aroma saved two ladies from drowning. He will also receive the bravery award this year.

13-year-old Angelica Tynsong of Meghalaya will bag an award for saving her sibling when her house was gutted in the fire.

This 13-year-old hails from Kerala and has been selected for National Bravery Award-2015.

The 15year-old Sai Krishna has been chosen for saving his mother from electrocution.

Sai Krishna managed to turn off electricity supply in his house when his mother Prasuna, came in contact with a live electric wire while washing the floor of the house. He ensured that he did not step into the water as he turned off the mains supply in the house resulting in his mother’s life being saved.

Abhijith K.V. a 16-year-old boy of Taliparambu in Kannur district will be awarded for rescuing his friend from a temple pond.

Joena is one of the winners of this year’s National Bravery Award. As her father’s phone was snatched by two men on a busy Paharganj Road in 2014. She ran after the snatchers, held on to the leg of one of the men and took the phone back without caring that the snatcher had a knife.

Beedhovan, a class 10 student had come to the rescue of his friend Joel who had received an electric shock from an 11-kV line.

Mohit saved a girl named Krishna from drowning in a pond because she didn’t”t know swimming. Krishna was visiting her uncle in Mumbai and went to the pond for bath and did not realise that it was very deep.

Dishant Mehndiratta, a 13-year-old boy, who saved his mother from a robber.

12-year-old Bhimsen from Uttar Pradesh will be getting the National bravery award from Prime Minister Narendra Modi on the eve of Republic Day for his courage shown on November 16, as he saved 14 people from drowning.

Within Philip Mathew of Manipuzha in Kottayam will get the award for averting a major tragedy when he broke open the door of an empty house and threw out a gas cylinder that was up in flames.

Anandu Dileep saved his friend who slipped and fell into the 10-feet-deep canal. Anandu Dileep jumped into the water and managed to rescue his drowning friend.

Abinash Mishra from Odisha has been selected for the Indian Council for Child Welfares’ National Bravery Award, as he rescued a minor boy Bidhubhusan from drowning in Kushabhdra river.

12-year-old brave heart Nilesh who saved the life of a drowning boy by jumping into 15 feet deep water, is one of the proud recipients of the  National Bravery Awards 2016. 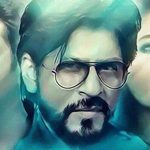 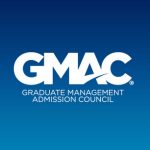