Rihanna‘s boyfriend A$AP Rocky charged with assault over 2021 shooting in connection with a November altercation with a former friend in Los Angeles.

Who is A$AP Rocky

The 33-year-old rapper, whose real name is Rakim Mayer, faces two counts of assault with a semiautomatic firearm with allegations of personally using a firearm, prosecutors said in a statement.

What Did District Attorney Said About A$AP Rocky

The district attorney’s office said in a statement that on November 6, 2021, Mayers got into a “heated” discussion with a former friend in Hollywood and allegedly pointed a semi-automatic handgun at them. In a second confrontation, he allegedly drew his handgun and fired twice “in the direction of the victim.”

“Discharging a gun in a public place is a serious offense that could have ended with tragic consequences not only for the person targeted but also for innocent bystanders visiting Hollywood,” said Gascón.

“My office conducted a thorough review of the evidence in this case and determined that the addition of a special firearm allegation was warranted.”

Rocky was previously arrested at Los Angeles International Airport after he arrived on a private plane from Barbados with Rihanna on April 20, only a few weeks before the birth of their son. He was later released after posting a $550,000 bond.

Relli also claims that the shooting left minor injuries on his left hand, and the entire incident was captured by nearby surveillance cameras, per the outlet. 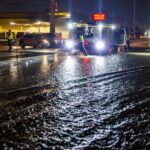 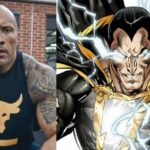