Remember Bajaj Chetak, the immortal name in the Indian two-wheeler history. There was a time when Bajaj Chetak was a household name for scooters in India and people were willing to wait over one and half years to get their hands on the Chetak after booking.

2000’s kids might not know much about the importance of Bajaj Chetak scooter in their fathers and forefathers life. But “Hamara Bajaj” is one of the advertisements that still give nostalgia to 1990s kids. With the arrival of the newcomers, the sheen of Chetak faded away and Bajaj Auto eventually shifted its focus to the motorcycle. The good news is that Chetak is now set for a comeback. 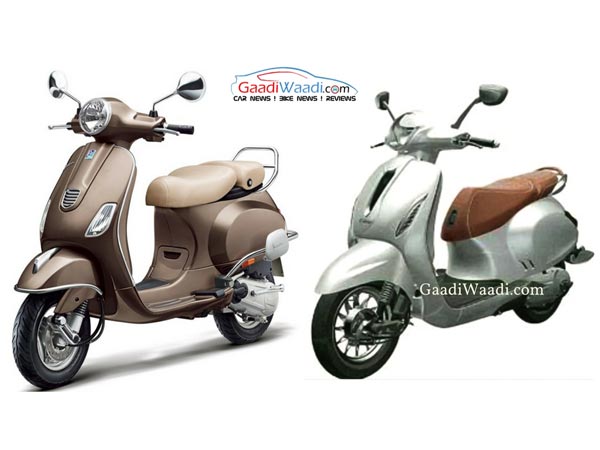 Bajaj Chetak will make a comeback.

Bajaj Auto is working on a new Chetak and the launch of the new version is expected in 2017, reports Gaadiwaadi. Unlike the previous version, the new version will be a premium scooter. It is not surprising that Bajaj chose to come up with a premium product for its re-entry in the scooter segment. The premium scooter segment has been experiencing reception from customers like never before with the dawn of this decade in India. 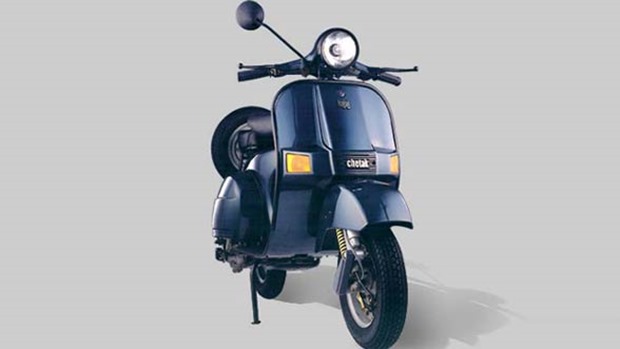 Hence, it is evident that the new Chetak will go up against the Vespa range and Aprilia SR 150. The leaked picture of the new Chetak indicates that it will feature a retro design with contemporary cycle parts, a formula mastered by Vespa. The scooter is expected to get advanced suspension components and disc brake at the front as optional.

It will be based on a lightweight chassis and will be powered by a four-stroke, single cylinder, air-cooled engine displacing between 125cc-150cc. The engine could feature Bajaj Auto’s patented DTS-i tech.

Bajaj may also offer many accessories as optional in the new Chetak. There is no word on the pricing yet. Considering its rivals, the new Bajaj Chetak may get a price tag in the range of Rs 70,000 to Rs 90,000, ex-showroom.