Bajaj V22 Motorcycle: Bajaj Autos seems to be on the seventh cloud with the kind of response they get with their ‘V’ range motorcycle – Bajaj V15. The company recently launched another bike in the range – Bajaj V12 – that comes packed with a 120cc engine and that too is getting an excellnt response from the buyers. However, the automobile company is not looking to stop right here and are planning to widen the ‘V’ range bikes and if media reports are to be believed, the company is already making another bike that is named as Bajaj V22.

According to certain media reports, the homegrown two-wheeler maker is considering a bigger bike under this umbrella and is most likely to be named Bajaj V22. The new motorcycle is expected to be based on the Bajaj Pulsar 220. An Italian designer – Oberdan Bezzi – has released a few renderings of this bike. 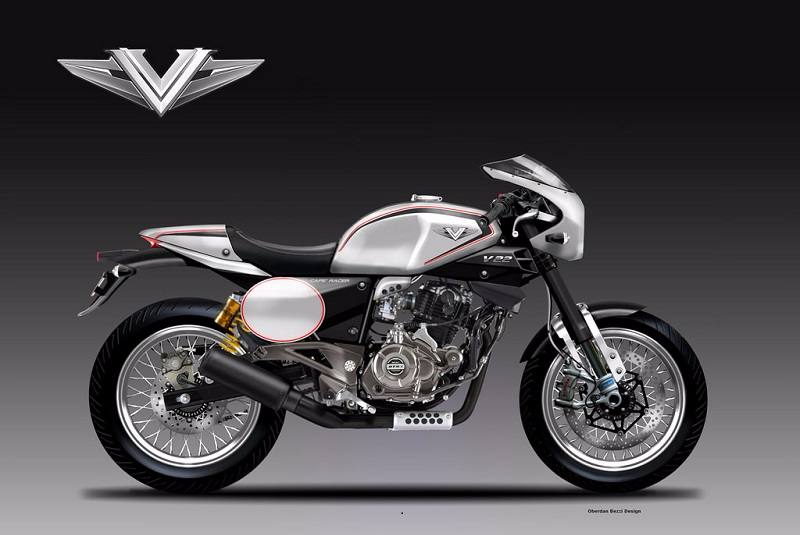 Bajaj V22 Motorcycle could be an adoption of Bajaj’s Pulsar 220 model.

Bajaj V22 motorcycle will use powertrain and chassis from the popular Pulsar 220. It is likely to be powered by a 220cc oil cooled engine paired to a 5-speed gearbox. The designer has released two different renderings – first being a modern day cafe racer while the second one gets a scrambler look.

Rajiv Bajaj, MD Bajaj Auto has recently confirmed that Bajaj V’s brand has been positioned as a premium commuter. This further indicates that a more powerful version could also come to our market.

Engine Power and Transmission: The new Bajaj motorcycle is expected to be powered by a 220cc oil cooled engine that churns out a maximum power output of 21.05PS at 8,500rpm and a peak torque of 19.12Nm at 7,000rpm. Power will be transmitted to the rear wheels via a 5-speed gearbox.

Going by the renderings, it is visible that the bike will get upside down front forks. However, the production model could get telescopic forks up front and monoshock at the rear. Braking system comprises of Brembo discs. The Scrambler version gets off-road tyres and ABS (Anti-Lock Braking System). 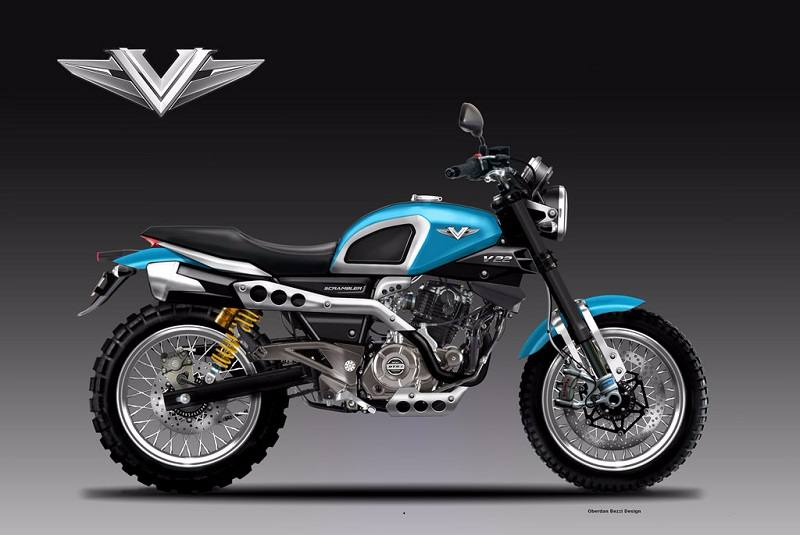 Mileage: The new motorcycle, powered by a 220cc oil cooled engine, could provide a mileage equivalent to the latter(Pulsar 220). In that sense, Bajaj V22 likely to deliver around 30-40kmpl of mileage.

Design and Looks: The Bajaj V22 is expected to share most of its styling features from the V15. The bike carries design elements of both cafe racer and scrambler, and we expect the new V22 design will be in-line with its younger sibling.

When to expect the launch of Bajaj V22 motorcycle and with what price tag?

There is no official confirmation from Bajaj Auto about this upcoming premium V bike. If speculations are to be believed, the motorcycle could be launched in the market towards the end of this year. We will update you on this as soon as Bajaj Auto announces anything on the same.