After the much-speculated news regarding the Ban on NDTV India, which BJP government imposed for one day. NDTV challenged the decision in Supreme Court and is taking every fight possible to the government. The government has accused NDTV India of showing the sensitive issues related to the attack on Pathankot Air force base. Whereas, NDTV had falsified the allegations and said in a statement that all other channels and newspapers reported the same information.

Many journalists and reporters condemned the ban and the press council drawing to bring the 1970’s act of basic constitutional rights which includes freedom of the press. Many people said that government violated those rights.

BJP the Godfather of Everything

The centre performs everything which they think is to their benefit. Seems, they are the godfather of media. The editor guild of India said that “To intervene in the functioning of the media and take arbitrary punitive action as and when it does not agree with the coverage”. Editor guild of India which includes all the personalities from media background condemned the government and said that if they think that news is objectionable, they can approach the court.

The important thing about the ban is that most of the media channels are owned by BJP personalities or those people who support the BJP. NDTV is only one channel which is working alone and shows quality news as compared to other Hindi News channel.

When asked about the ban on NDTV India, Information and broadcasting Minister Venkaiah Naidu defended the government decision by saying that, “the decision was taken in the interest of the country” and the criticisms that government is facing is politically activated, Seems like government always blame others. 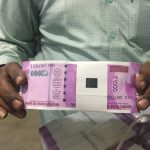 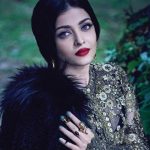