President Barack Obama and first lady Michelle Obama headed to the White House Wednesday for the unveiling of the couple’s official portraits.

It marked the first time in 10 years since a sitting president has invited former leadership back for a revealing of the portraits — a tradition that stalled when an unveiling did not take place during the Trump years.

Barack & Michelle Obama Returned To The White House Since 2017

The unveiling also marked the first time that Barack and Michelle Obama together returned to the White House since 2017. Barack Obama returned in March for a ceremony to mark the anniversary of the Affordable Care Act.

Robert McCurdy painted the portrait of the former president, dressed in black suit and gray tie against a white background, and Sharon Sprung of the former first lady, wearing a formal blue dress and is seated on a sofa in the Red Room.

At a ceremony in the East Room, covered by major cable news networks, President Joe Biden said that Obama will be “one of the most consequential presidents in history.”

He is depicted on a white background, in an image that recalls previous portraits Mr. McCurdy did of Toni Morrison and Nelson Mandela.

Additionally, the former first lady is pictured in a blue dress in the White House’s Red Room, in a painting by Brooklyn artist Sharon Sprung.

During some light-hearted remarks, Mr Obama said Mr McCurdy had “refused my request to make my ears smaller”.

He also said: “I want to thank Sharon Sprung for capturing everything I love about Michelle Obama – her grace, her intelligence, and the fact that she’s fine! Her portrait is stunning.

“And I want to thank Robert McCurdy for taking on a much more difficult subject, and doing a fantastic job with mine.” 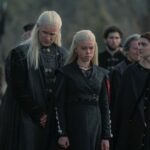 House Of The Dragon Season 2 Release Date, Timings, Plot, How To Watch Online
Next Article 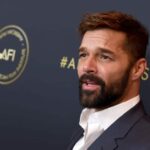