House of the Dragon, the much anticipated the spin-off of HBO’s Game of Thrones series, has finally enchanted the audience. The series broke all the records by becoming the most watched series of all times at HBO.

The fantasy series was famous for its sprawling storylines and wide-ranging cast of characters. The premiere set the stage for the drama to come, but what is the release date and time for House of the Dragon Episode 2?

Also, just one episode it out, it appears that the prequel series is headed in a similar direction. With plenty of new characters with familiar names and many schemes afoot, there’s a lot to keep track of.

Related : House of the Dragon: The Targaryen Family Tree Explained

When is House of the Dragon episode 2 released?

House of the Dragon episode 2, The Rogue Prince, will be released on Sunday 28th August 2022 at 9pm.

The episode will be made available on Sky Atlantic and NOW.

The instalment will run for 54 minutes.

Plot of House of The Dragon Episode 2

House of the Dragon episode 2 is titled ‘The Rogue Prince‘ and follows in the aftermath of Queen Aemma Arryn’s death and King Viserys I Targaryen falling out with his brother Prince Daemon Targaryen, naming his daughter Princess Rhaenyra Targaryen as his heir.

This week, as the episode’s title suggests, Prince Daemon continues to act out but will he risk a war with his brother?

Finally, will King Viserys take a new wife now that he is a widower and, if so, who could he seek an alliance with through such a marriage?

How To Watch Online

House Of The Dragon Episode 2 can be viewed on HBO. Currently, the viewers can subscribe by paying the cost of $9.99 per month. The ad-free version is $14.99 per month.
Additionally, first-time customers are given a seven-day free trial before the payments begin.

TAGGED: house of the dragon 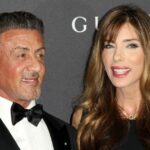