“House of the Dragon is being successfully viewed by millions of HBO Max subscribers this evening,” HBO said in a statement. “We’re aware of a small portion of users attempting to connect via Fire TV devices that are having issues and are in the process of resolving for those impacted users.”

House of the Dragon, the spinoff/prequel to the Game of Thrones, began streaming on HBO Max. The first episode had everything that made GoT so popular–sex, violence, and politics. But many critics and viewers felt the spinoff surpassed the original in terms of gore and violence on screen. Now, the show’s director has defended one particular scene that has the viewers talking.

Official Trailer of The House Of The Dragon

House of the Dragon will premiere Sunday, Aug. 21 on HBO, with new episodes dropping weekly. The season finale will air Sunday, Oct. 23.

The release date was announced with a poster of a glowing dragon egg.

There will be 10 Episodes in Total

Cast of The House Of The Dragon

The following main cast members are confirmed for House of the Dragon.

What Did We Learn at House of the Dragon’s Comic-Con Presentation?

The House of the Dragon panel kicked off with the extended trailer for the series, which showed a whole lot of Game of Thrones-y antics: the (then-) latest and greatest battle for the Iron Throne, a longer tease of the battle for succession at the show’s center, and a look at the time “when dragons ruled as one.” This included, yes, blink-and-you’ll-miss-it teases of the dragons. 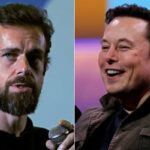