The removal of the 35-year-old self-avowed success coach’s account comes a day after TikTok banned him for breaching the social media platform’s policies, while Meta banned him from Facebook and Instagram on Friday for infringing its rules.

Andrew Tate has released an hour-long “final message” via YouTuber-turned-boxer Jake Paul in response to his ban from social media.

“The public consciousness has been polluted to where narratives are being purported, which are absolutely and utterly false, and it’s having a genuinely negative impact on the people I care about, and the people who care about me,” he continued.

The list of apps that previously banned Tate, a British-American former kickboxing champion who has been heavily criticized for his sexist commentary, includes Facebook, Instagram, TikTok and Twitter over violations of policies including those around hate speech or ideology.

On Monday, after this article’s publication, Tate or an associate removed his channel from Amazon.com Inc.’s video livestreaming site Twitch.

What Response Did Andrew Tate Gave On His YouTube Removal

Tate hasn’t commented on the situation yet. However, one of his representatives criticized the platforms for the way they’ve handled things, and said that banning him isn’t the answer.

“There is a running contradiction in today’s society where men are encouraged to speak and be open and honest with how they feel but are generally met with a negative response to their truth,” they said.

“Banning Andrew Tate from these platforms might seem the answer, but it isn’t that simple. Removing Tate’s voice doesn’t allow for a kinder hate-free society.” 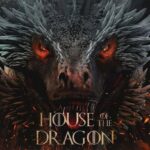 ‘House of the Dragon’ Premiere Gets Massive Response, 10M Views So Far
Next Article