Former Big Brother star Andrew Tate banned from Instagram and Facebook after ‘violating policies’ with misogynistic ideology. He had been into controversies regarding sharing lot of disturbing videos on on both the social media platforms.

Meta confirmed to CBS News Friday that controversial influencer Andrew Tate has been banned from Facebook and Instagram.

According to Meta, Tate, 35, was pulled from both platforms because he violated Meta’s policies on dangerous organizations and individuals.

Who Was Andrew Tate

The former reality star, 35, made headlines over recent months for his rant videos. He was an ex-Big Brother housemate who had over 4M followers.

Now, the kickboxer – who spoke about hitting and choking women, stopping them from going out, and destroying their belongings – has been taken off the Meta platforms for ‘violating policies’.

In 2017, the British-American star was already banned from Twitter for breaching polices on ‘dangerous organisations and individuals.’ Through his posts he claimed that women should ‘bear some responsibility’ for being assaulted’. Twitter is a platform that is never going to tolerate such threatening account holders. Tate was known for ultra-macho views, such as that women are partially at fault when they are sexually abused. Moreover, the users also expressed that his content is a huge trouble for women.

The UK advocacy group condemned him; the group’s director of research, Joe Mulhall, said he ‘poses a genuine threat to young men, convert them towards extremism misogyny, racism and homophobia’.

Further, the group appreciated Meta’s action to remove Andrew Tate and they decided to put pressure on TikTok to follow the example.

‘This is the kind of decisive action needed to tackle the online radicalisation of young men towards a violently misogynistic worldview,’ she said. 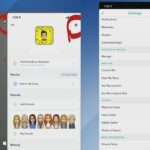 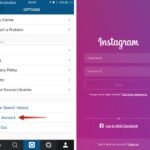